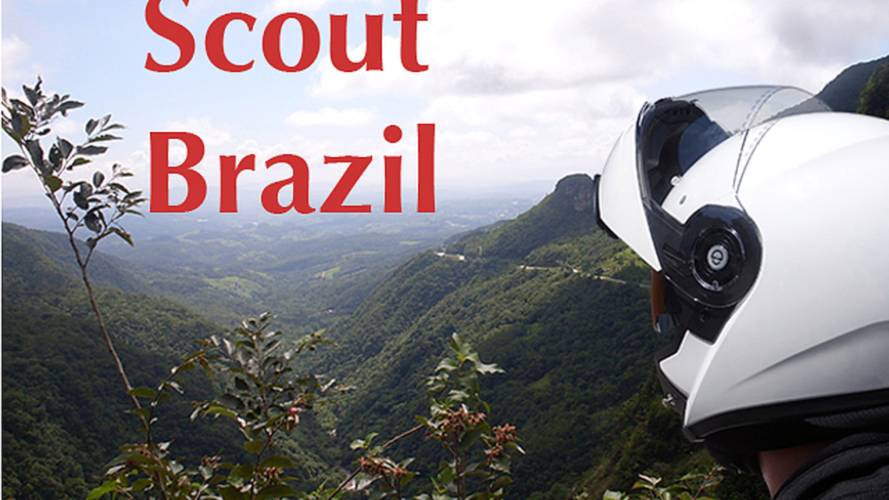 The global leader in motorcycle tours, Edelweiss Bike Travel has added the South American country of Brazil to their catalog for the first time.

The global leader in motorcycle tours, Edelweiss Bike Travel has added the South American country of Brazil to their catalog for the first time in the company’s 34-year history.

Slated as a scouting expedition, they are offering a select group of riders the unique opportunity to join Edelweiss staffers during a nine-day expedition where you will search out the best roads for future tour groups to travel.

This trip is limited to experienced riders who are able to manage dirt roads as well as paved proficiently. The staff needs to know you can keep up and won’t be thrown off by seven straight days of riding an average of 150 – 240 miles per day in unpredictable conditions. Don’t expect to be coddled as you would with any other Edelweiss tour. Here you will be in basic accommodations, with an open route and helping to gather information about the area, its roads and the best places to stay and eat.

The expeditions kick off in August which is considered winter in South America, and in tropical Brazil, it is also one of the months with the least amount of rainfall.

Each tour is nine days in duration, with two days of flying and seven days of riding built in.

There are two expeditions on offer. The first, Delightful South Brazil takes place August 15 – 23 and begins in the metropolitan city of Florianopolis located on the coast and dubbed one of the “ten most dynamic cities of the world” by Newsweek. You’ll then travel on to Sao Joaquim where you will get your first taste of lush, twisty mountain roads riding through low cloud formations and even feel brisk 50 degree temperatures. The highway linking the coast to the highlands is popular with local riders with several tight hairpins on offer.

Next, you’ll pass through the city of Sao Lourenco do Oeste on your way to Foz do Iguacu where you’ll explore the surrounding area for three days. As one of Brazil's most-frequented tourist destinations, Foz do Iguacu is the home of Iguacu Falls that triples Niagara Falls in capacity and is situated in the UNESCO World Heritage Site of Iguacu National Park that sits snugly on the Argentinian boarder. If you cross over to the Argentine side of the falls you can best experience Devils Throat, a portion of the falls which stands a whopping 318 ft high.

After experiencing the Iguacu area, you’ll visit the cities of Guarapuava, followed by Rio do Sul that sits on the edge of three rivers and then finish back where you started in Florianópolis. Adventurers on this ride can expect to travel 240 miles per day.

The second trip, Best of Minas Gerais takes place August 29 – September 6 and sets out from Rio de Janiro. This trip explores mountain ranges with demanding roads (Petropolis) and the historic cities of Penedo, Tiradentes, Ouro Preto − which is also a UNESCO World Heritage Site, and Sao Joao Nepomuceno founded during Portuguese colonization. Completing the loop, riders will finish back on the coast in Rio de Janiro. Expect to travel 150 miles a day with this tour.

The Bikes On Offer:

Communications Manager, Karin Gritsch of Edelweiss Bike Travel expects each tour to cost in the ballpark of $5,000 - $6,000 per person. Final cost will depend on how many riders sign up in each tour group.

To Florianópolis: Coming from either the west or east coast of the U.S., prices are quite similar. Expect to pay $1,300 – $1,700 for a round-trip, economy class ticket.

To Rio de Janiro: Again, departing from either U.S. coast, pricing is within a few hundred dollars depending on which airline you choose. Expect to pay $1,100 –  $1,500 for a round-trip, economy class ticket.

To enter Brazil from the U.S., you will need to obtain a tourist visa costing $160.00, plus a $20.00 application fee and you’ll do this by visiting the Brazilian embassy twice. During the first visit, you’ll drop off your passport, completed visa paperwork and a new passport photo. You’ll return 5-8 business days later to pick it up. For an additional fee, you can pay a visa service to handle the embassy portion of this process for you.

The CDC recommends vaccines for Typhoid, Yellow Fever, Hepatitis A and B, MMR, and a Tetanus booster. It is also advisable to be up-to-date on your routine vaccinations.

Taking a SteriPEN is also an easy way to make sure the water you drink does not make you sick during your trip. They are compact, easy to use and one charge goes a long way.

Brazil is a Portuguese-speaking country full of outgoing people. I recently spent three weeks there and was able to easily navigate by learning a few key phrases and carrying a pocket Brazilian Portuguese phrasebook by Lonely Planet. Additionally, your Edelweiss guide will be there to help you as needed.

Should you choose to tour with Edelweiss, you'll be in good hands. They have conducted over 2,050 tours around the world with more than 34,300 motorcyclists in the last 34 years. If you are ready to take the plunge, visit edelweissbike.com to reserve your adventure.