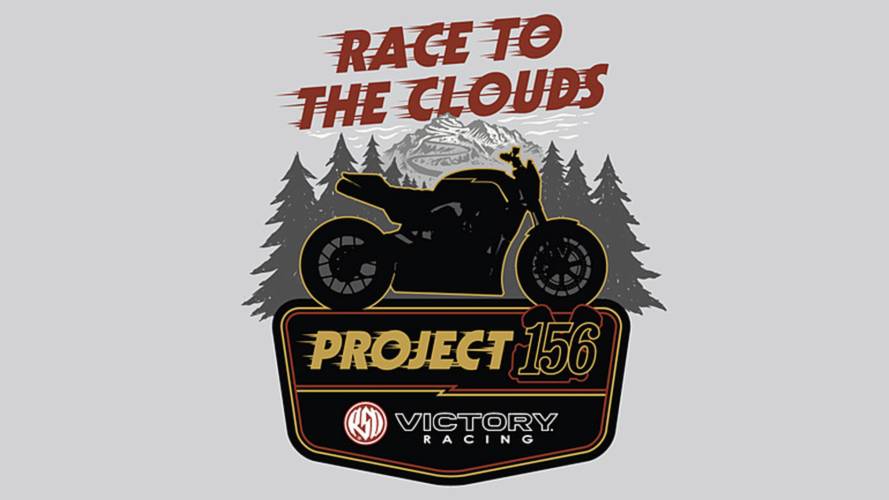 Victory and Roland Sands Designs have a conundrum on their hands. They are dying to tell the world about Project 156 and the Race to the Clouds—but not too much and not too soon.

Why so hush-hush—not?  Well, to build anticipation, of course, and it probably will work and may well be worthy of the anticipation.

Victory and RSD are collaborating on a purpose-built racing bike that will feature a prototype Victory motor.  The chassis and nearly everything else will be hand-built, specifically for the challenge Victory Racing has in mind: the 2015 Pike’s Peak International Hill Climb (check out the website at: http://www.ppihc.com/ )

Other collaborators include Ohlins on the suspension system, Dunlop Tires for the all-critical traction component, K&N for helping that super-secret Victory motor breathe that rarified air at the top, GoPro and Carrillo, to name a few.  In the saddle will be Cycle World Road Test Editor, Don Canet who is no rookie where high performance bikes are concerned and even has Pike’s Peak experience, having turned in an amazing third place Open Class performance there as a rookie in 2014.

In that event, Canet was astride a Ducati Multistrada 1200 race bike and he made it to the top of the 14,115-foot mountain in 10:10.101.  If the paved 12.42-mile course with 156 corners will be a little less of a mystery this time around, the Victory Racing equipment he’ll be riding may be something of a mystery in itself.  The road to the top is unlike any road course in the world so there won’t be all that much time for practice on the course.

The schedule for the event runs from tech inspection on June 22, with practice and qualifying through June 26 and the competition unfolding on June 28. Check out the video below: