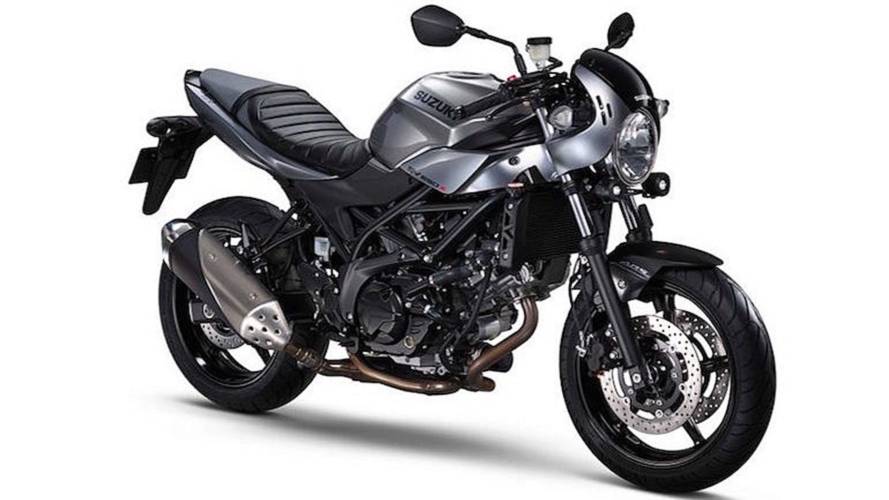 Next month Suzuki will pull the cover off an updated, retro-styled version of its mid-range cult-favorite.

A few days ago, Suzuki told the media that it won’t be introducing a new GSXR600 or 750 for 2018, Instead, the Hamamatsu-based brand explained that its middle-weight focus for next year is on a sexy new update of the SV series.

Suzuki released the SV650 back in ’99, and in its near-two-decade production run it has become a favorite of legions of commuters and riders looking for a dependable, no-frills, mid-range scoot. Over the years, the SV has been sold in its traditional naked form, as well as in half and full-faired variants. Last year’s French market-exclusive SV650 Scrambler, and the recent SV650 Rally Concept have made it pretty clear that Suzuki is looking to revamp its beloved mid-sized V-twin.

The current trend of manufacturers selling various neo-retro models like factory scramblers, bobbers, and cafe racers is showing no sign of slowing down, a fact Suzuki clearly took into account when updating the SV. The company has been gauging the public’s reaction and response to the SV Scrambler and Rally concept to hone in on a new production model. The SV650 already has a lot to offer at a reasonable price, so a sexed-up modern version seems like a logical direction to take it in. The latest SV650 will debut at the upcoming Tokyo Motor Show, which kicks off on October, 27th, 2017, and runs through November, 5th. The new SV will go by the moniker of “SV650X” and is essentially a slightly toned-down production version of the recent SV concepts.

Thus far, nothing has been set in stone and there is no word as to whether the SV650X will be making its way to American shores. We presume that a modern production cafe-racer SV650 variant will hit showroom floors in 2018 in other markets, though. It’s also unclear if Suzuki plans on simply selling a better-looking SV, or if it plans on designing and selling the new SV as a modular bike that encourages owner customization a-la BMW’s R nineT or Ducati's Scrambler. Suzuki continues to assess the market’s reaction and customer feedback prior to sending a new SV to production, but the company says it will be confirming its 2018 model plans in the next three-months (before the year ends).

READ MORE: Cycleweird: The Worst of All Worlds - Suzuki RE-5

“The SV650 Rally concept generated a lot of interest at last year’s show, with retro-styled machines proving very popular among riders," said Paul de Lusignan, General Manager of Suzuki Great Britain. "The SV650X is an evolution of that concept, and shows how that would translate to a production machine. Currently we cannot confirm a production schedule. We will first assess reactions to the SV650X before finalising plans.”