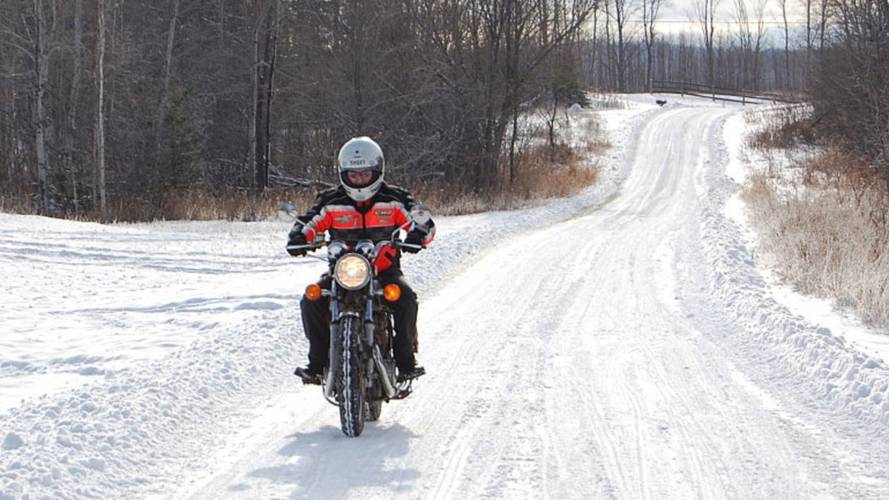 Kickstand--Top Ten Truisms For MotorcyclistsEvery form of endeavor probably has its truisms and clichés.  Some are worth remembering; some not so...

Every form of endeavor probably has its truisms and clichés.  Some are worth remembering; some not so much. But either way, here is RideApart’s anthology of selected motorcycle truisms, not necessarily ranked in any order or included based on any profound underlying truth.  In fact, it's often the case that truisms just aren’t always true.

MUST READ:  The Spirit of the Open Road - BMW Motorrad Concept 101 | RideApart

1. “There are two kinds of riders—those that have fallen and those that are going to.”  We don’t know who actually coined that phrase, but it seems entirely likely that if you ride a motorcycle long enough, it's bound to be made true.

2. “If it looks slippery, it probably is.”  Once again we are unsure of attribution for the originator of this practical admonition, but speaking from personal experience, it has proven to be an accurate assessment of the situation in the vast majority of cases.  Riding on snow with street tires brings this into very clear focus—although knobby tires don’t necessarily improve anything.

4. “Ride it like you stole it.”  This truism was taken seriously 46,061 times in in the U.S. in 2012, which is the number of bikes stolen that year according to the National Insurance Crime Bureau (NICB).

6. "Chrome won’t get you home.”  No doubt coined by someone afflicted with chrome envy after seeing a blingy Harley glistening in the sun—perhaps as it sat out of the action on the side of the road.

7. “Loud pipes save lives.”  This weak validation of obnoxiously loud pipes on some bikes has, in at least one personal instance, proven to be somewhat true.  I was sailing along on I-39 in my car northbound on a great summer day when a bike was attempting to merge into traffic from the right. I didn’t see him, but as the distance between us closed, I could hear him and with a clear lane to my left was able to shift in time to avoid creating a squeeze play. Of course, he really only would have to amend his speed to merge if I hadn’t moved over without it really being a life-or-death situation, but it did prove that when a bike is in the blind spot, that exhaust note can make a difference.

8. “Win on Sunday, sell on Monday.”  This is the motorcycle marketing manager’s mantra that associates success on the race track with success in the showroom.  The connection between successful roadracing or motocross bikes and sales of cruisers or conventional street bikes may be something of a push, but maybe the exposure from race coverage does the overall brand some good in terms of showroom traffic. On the other hand, there is some evidence to the contrary—BSA captured the first three places at the 1971 Daytona 200, but was out of business by the end of 1973.

9. “Racing improves the breed.”  This truism has been adapted to motorsports of all sorts and the connection between racing and consumer-driven machines goes way back to the beginnings of motorized vehicles in general. It would seem to make sense, particularly where manufacturers are directly involved in the racing effort of designing, and building machines and using those machines as part of their product development program. But, as Phil Schilling observed in his book, “The Motorcycle World,” it's a phrase that “makes sense only when the racing machines and road models bear some resemblance to one another and are adapted to the same set of conditions.”

10. “There is no substitute for cubic inches.”  Another one bandied about in nearly all motorsports. At one time, this was generally true, maybe back when virtually all engines were sidevalve, pushrod jobs and making the pistons larger and stroke longer was the formula for more horsepower. Some folks still cling to the notion, but it has long been proven that technology can trump displacement. No one has seen a 74 cubic inch pushrod V-twin try to stay with an RZ350. But then, to be fair, it was never intended to.

There are no doubt enough motorcycle truisms to fill a book or two.  These are but a few that come to mind.  Maybe you’d like to share a few.