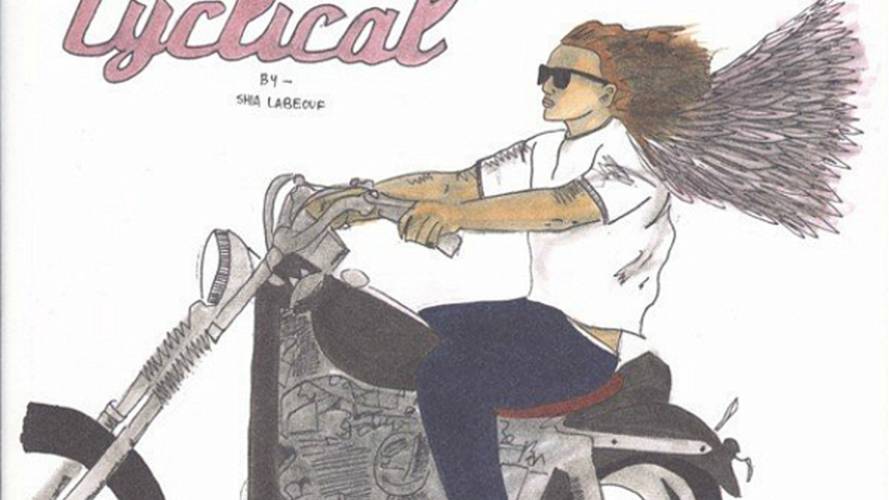 Shia Lebeouf is best known for his role as Sam Witwicky in the Transformers films. He's also an avid motorcyclist, owning several motorcycles — including a Ducati Monster 696 and a Triumph Thruxton. He decided to take a break from Hollywood last year to write graphic novels. Shia has written three short graphical novels — "Let's Fucking Party", "Stale N Mate" and "Cyclical

", which is about a badass biker.

Shia Lebeouf's art style is dirty and raw which compliments the story that is being told. The writing is short and emotional.

"Cyclical" details the adventures of the bikers, Dave Raven and his friend Santavo, as they ride through the desert on their custom '69 Shovel Head and a stolen Norton chopper. As the story progresses, Dave meets up with his girlfriend for the last time in a motel to say good bye and she begs and begs him to not do the jump the next morning. The story meets its end with Dave jumping a canyon, only to fall to his death.

Riding across the desert.

Shia's graphic novels were a bit of an indy affair and never received a whole lot of promotion or distribution. But, there are a few available through Amazon: Cyclical