Why I Ride An Aprilia - A Love Story 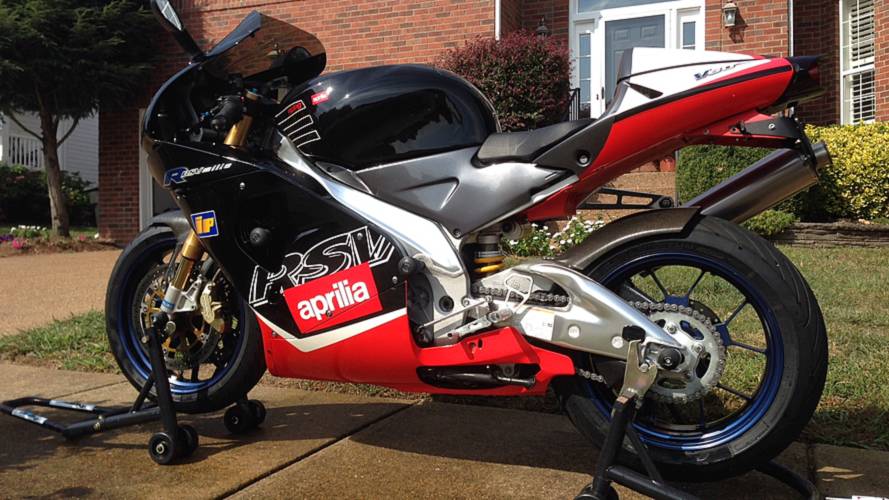 Why do I ride an Aprilia? For the same reason we give our motorized vehicles names, it’s for the personality.

Why Do I Ride an Aprilia?

Remember the movie Gone in Sixty Seconds and all the cars they had to heist in order to get Nicolas Cage’s brother out of hot water? Never seen it? Well I won’t spoil it for you, but all the cars they robbed had nicknames, names like Vanessa ('69 Dodge Daytona) and Shannon ('71 Hemi Cuda). There was one car, a '67 Shelby GT 500 Mustang named Eleanor, which would be Nicholas Cage’s Moby Dick of the movie. Naming cars has been around a long time and most riders I know have named their bikes, but it got me thinking about why I ride an Aprilia and why we name our bikes/cars.

I learned how to ride on any bike I could beg, borrow, and steal for just some seat time. But the first bike that landed in our family was a Harley Davidson 883 Sportster (Jennifer). She wasn’t fast, or at least not when compared to a sport bike. But she was cool and rumbled down the road—she made me grin ear to ear. I’d ride that thing any chance I could, and when it was cold I’d warm my hands on the heat from the air-cooled engine. Jennifer was good to me and she's probably the reason why I started out loving v-twin motorcycles.

As I began buying my own bikes, they all happened to be v-twins. For a while, I kept a friend’s Honda CBR600 (Monica), and frequently rode another Suzuki GSX-R1000, which was a blast revving to red line. But neither quite gave me that grin that the v-twin could. So after owning a couple Buells and various other v-twin sport bikes and adventure touring bikes, I began looking for an Aprilia. I’d seen the Aprilia bikes around, but knew little about them except the fact that they were Italian with an Austrian v-twin engine (pre-RSV4)—both elusive and rowdy. It sounded to me like the perfect Eleanor.

There seems to be more and more talk about Aprilia here in the US. Mainstream articles usually rank the RSV4 (various models) in the top three in most shootouts. When the Italian brand decided to head back to MotoGP, I'm sure it also helped to boost their recognition.

Bottom line is that they are well-balanced powerful bikes with a lot of personality. To me, riding an Aprilia is visceral, it’s raw. The engine isn’t hiding behind RPMs waiting. It has the sense that it's always on, always building power. It’s also not a fluid feeling like a Ducati (another great v-twin bike), even though the chassis is confidence building. You get feedback, but it’s more interactive by providing motivation to keep pushing harder.

At the same time, the Aprilia isn’t that hard to maintain for an Italian motorcycle. Is it as reliable as a Honda or Yamaha? No, but this is Eleanor we are talking about. Is a '67 Shelby GT 500 as reliable as a Honda Accord? No. Then again, Nicholas Cage didn’t jump a Honda Accord through the air evading police (small spoiler, sorry). With an Aprilia you look for the bike to speak to you. It may be saying, “Hey I got a small leak over here,” but it’s usually followed by “so get off your couch, throw some fluid in, and ride me more!"

I can respect that and that's why I ride an Aprilia. Thanks Jennifer…

Tell about the great (bike) loves of your life!