Honda's Fancy New E-Bike Stands on its Own 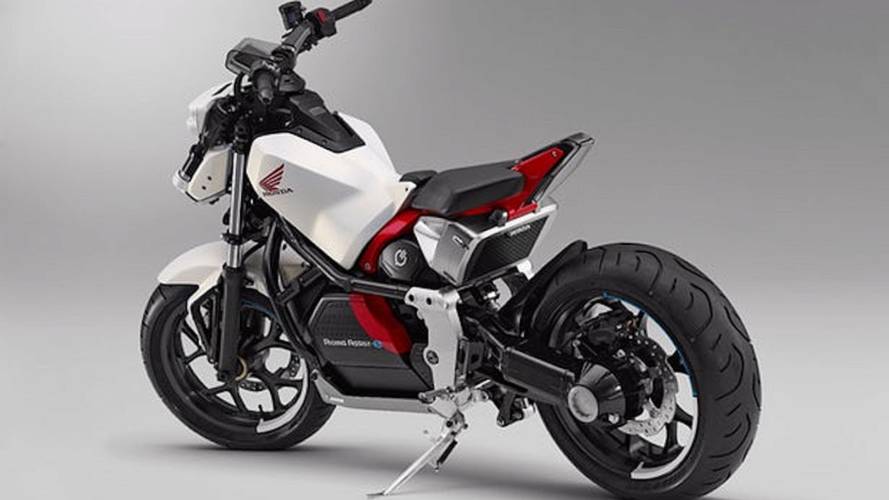 Honda is set to debut the Riding Assist-e concept at the Tokyo Motor Show next month.

We all know that a motorcycle's natural state is lying on its side in a pool of gasoline, and that it will do anything in its power to reach that state. What if someone built a bike that didn't fall over at the least provocation, though? It looks like the House that Soichiro built has finally come up with a way to tame the motorcycle's natural tendency to flop over with their newest concept – the Riding Assist-e.

According to Gas2, this new technological wonder is scheduled to be unveiled at the 2017 Tokyo Motor Show. The self-balancing feature is designed to keep the motorcycle upright at very low speeds, a potential boon to beginning riders, the elderly, and disabled. There's precious little info out there on the bike's systems, but but the images available allow us to make some educated guesses. The electric motor appears to be located below the seat rather than in the rear hub, as indicated by the massive swingarm. We’re guessing that both the battery pack and self-balancing gyroscopics are centralized low in the chassis amidships.

The rear monoshock linkage is positioned low, just in front of the rear wheel. A single disc brake is fitted at each wheel, and the conventional fork carries an added triangular device on the sliders, which may be an anti-dive mechanism. The fork appears to have a short range of travel

The release photo of the instrument panel shows a digital speedometer in kilometers-per-hour, above another reading for degrees. The latter appears to be a lean-angle indicator rather than a temperature reading, suggesting that the self-righting feature will activate/deactivate at a certain speed. The Mode 4 designation indicates that either the motor has at least that many power settings, or that the rider can select from four levels of “assistance.” The W.H.O. letters at the top right are anybody’s guess. Likely nothing to do with the World Health Organization, although the Honda system may well ultimately be a contributor to the health of riders everywhere.

Actual details, and not just guessing based on some press photos, will come out next month when the media gets its first look at the Rlde Assist-e in Tokyo. Meanwhile, speculation on both the powertrain and Honda’s future plans for this platform are sprinkling through the industry.

The effective combination of the physical laws of gyroscopics and gyrostatics in a two-wheeler is a Really Big Deal. The chronic scoffers will snivel loudly about the notion of technology removing control from the rider, but they will be missing the point. Or points, which in this case are safety, training, and another way for geezers to stay on two wheels.