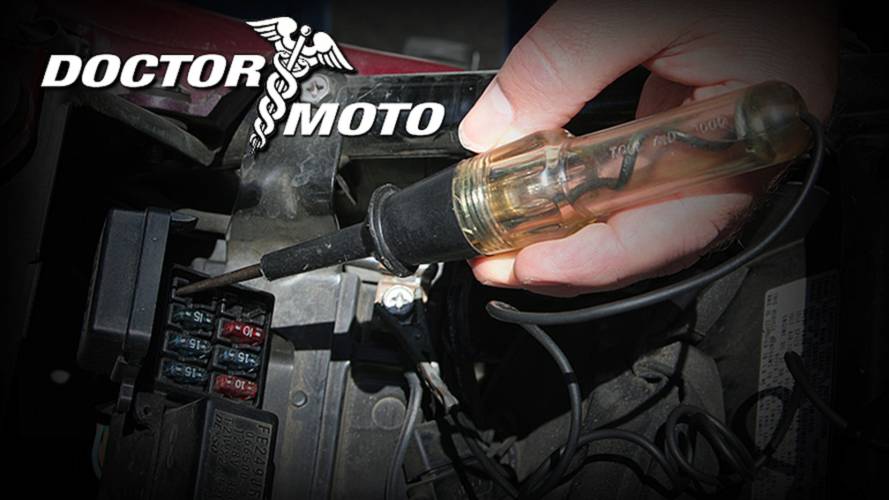 Everybody be cool. You, be cool.

Liquid cooling of motorcycles allows the engines to produce far more power for a given size, compared to engines with air cooling. However, it also adds a bit of complexity and maintenance requirements that are often overlooked until damage is done.

ThermaHelm wants to save your life by cooling your brain

The cooling system should be flushed and new coolant installed every two to five years, depending on the type of coolant (long life or standard) and the service conditions. Hoses crack and deteriorate from the inside out and should also be inspected and replaced as needed, every five to ten years, depending on condition.

Coolant (which should be a mixture of 50% water and 50% antifreeze) provides protection against freezing and corrosion, lubricates the water pump and raises the boiling point significantly higher than water. It can protect from freezing down to about -34 degrees F. With a 14 psi pressure cap, antifreeze brings the boiling point (of water) up from 212 degrees F at sea level pressure to about 264 degrees. Be sure to use coolant approved by your motorcycle's manufacturer. If you have to add only water in a pinch, flush the system and refill with the proper mix of antifreeze as soon as possible.

High temperatures strain a motorcycle’s cooling system, bringing out problems which often don't appear in cooler weather. Running hot can lead to a number of serious problems. It can cause detonation (also known as pinging or spark knock) under load, even with high-octane gas. To prevent damage, immediately ease off the throttle until the rattling noise lets up.

When a liquid-cooled engine gets hot, you may be warned by a gauge or a warning light. Never ignore overheating. Major engine damage may occur and coolant may boil out, which can burn you, or get on the rear tire causing a crash. Shut the engine down and pull over where it is safe while you allow the engine to cool off. Check to see if you can determine what went wrong, but never remove a radiator cap when the engine is hot.

Coolant Loss (How Does Fonzie act?)

Coolant can leak from just about any part of the cooling system. The most common places to leak are hoses and clamps, radiators, and water pumps in that order. Sometimes head gaskets leak too, which can contaminate the oil and damage the engine.

If coolant level in the overflow tank is low, look for a leak, which should leave drips, stains or puddles. It may be a loose hose clamp. More often it’s a leaky hose, which can be taped in a pinch. A pressure cap raises the coolant's boiling poin, and should be checked and replaced if suspect; but leave it loose if you are limping home with a taped-up hose.

Failed water pumps usually leak at the gasket or shaft seal. Thermostats temporarily shut off water circulation to hold coolant in the engine so it will warm up faster. They maintain a stable ideal operating temperature of between 160 degress on some engines up to about 195 degrees on others. If the thermostat is stuck shut, the coolant hose going from engine to radiator should be fairly cool to the touch. In an emergenc,y a stuck thermostat’s inner parts can be removed to get back on the road.

If your engine gets too hot while riding, but not necessarily at low speeds or idling, the cause may be a partially obstructed radiator. Insects, mud or leaves can clog external fins. Mineral deposits and rust (from not changing antifreeze) can clog the internal radiator passages. Sometimes you can partially drain the coolant, and look inside with a flashlight through an upper hose fitting (with hose removed).

If your engine runs hot only at low speed or when idling, the electric cooling fan may not be working. To check it, idle the engine until the coolant gets hot enough to activate the fan switch (usually around 210 degrees F) which should complete the circuit to the fan relay, then the relay sends 12-volts to the fan. Keep hands away from the fan blades, which can start at any moment. If the fan doesn’t work, inspect the fan and wiring for damage and check fuses.

Thermostatic fan switches are usually located near the bottom of the radiator. To bypass a fan switch, jumper the two wires going to it together. If that doesn’t work, try running a wire directly to the fan motor from a 12-volt source.

If an engine keeps overheating, without either leaks, a clogged radiator, inoperative fan or stuck thermostat, it may have a “blown” head gasket, or cracked cylinder head or block. These usually happen due to previous overheating. If the coolant and/or oil look like a frothy milkshake, you probably have a blown head gasket. Do not continue running an engine that is overheated or has a blown head gasket. Radiator sealer should only be used in an emergency, as it may clog internal passages. Use factory approved products as soon as possible after field fixes are performed.