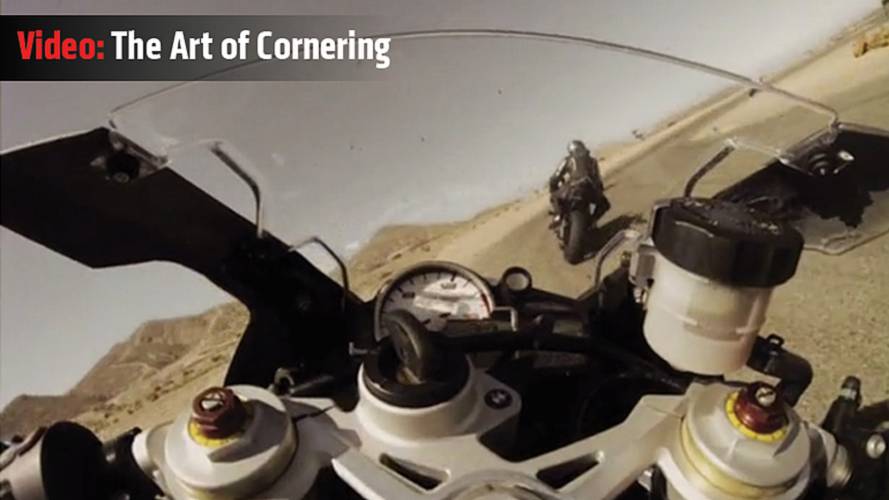 Founder of the California Superbike School, Keith Code, explains the enjoyment of learning how to corner on a bike in The Art of Cornering video.

Is Keith Code the coolest dude on the planet? Maybe. The founder of the California Superbike School certainly looks the part, with his shock of white hair and his surfer soul patch. Code is a motorcycling guru, known for his monthly column in Motorcyclist magazine, "Code Break," and his influential books, which include A Twist of the Wrist: The Motorcycle Roadracers Handbook and A Twist of the Wrist II: The Basics of High-Performance Motorcycle Riding (co-written with Doug Chandler). The Art of Cornering is his latest video cameo about the importance and empowerment of riding a bike properly through a corner.

California Superbike School has posted a brief promotional video, The Art of Cornering, shot out at Willow Springs International Raceway in Rosamond, California, where Code espouses the basics of his riding philosophy, intercut with some cool video of motorcycles on the track during school sessions. Code, wearing Wayfarers and a sly grin, says, "If you're riding by instinct, you're doing something wrong."