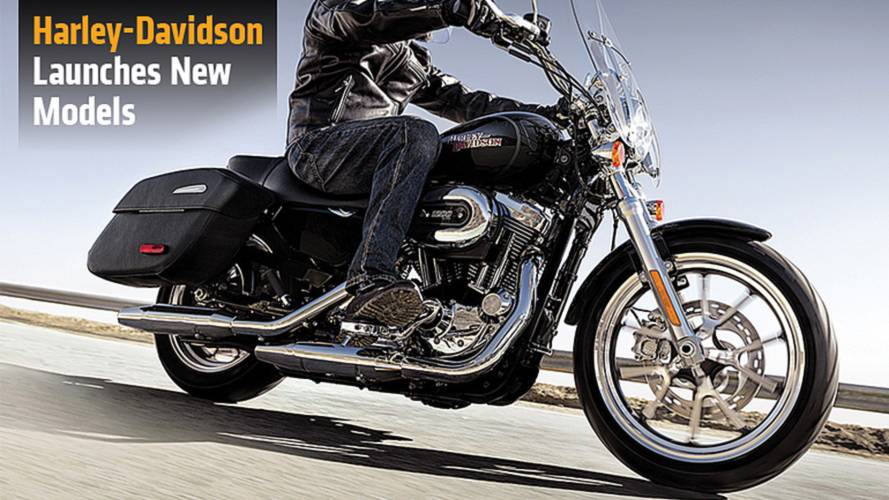 Harley-Davidson kicks of 2014 with new models ready to take on the best roads in America.

Keen to take advantage of the start of new riding season, Harley-Davidson has just launched a pair of new models that will become available in dealer showrooms this summer.

After a break of almost five years the Low Rider name returns to the H-D line-up with an all-new Dyna model that features a 103 ci v-twin and some design cues that are unique to this bike.

The Low Rider moniker was first used on a Harley-Davidson motorcycle in 1977 and became synonymous as a bike that you could modify to your own tastes, riding style and more importantly your size so you could achieve the optimum riding position.

Whilst this 2014 Dyna is not an-all cruiser, it’s essentially a Dyna but with a few tweaks. The Low Rider features a polished headlight visor, wrinkle black trim and split five-spoke aluminum wheels and twin-disc front brakes like its sibling the Fat Bob. There’s also a 2-into-1 exhaust.

But, as it’s a Low Rider, H-D has paid attention to ergonomics and has tried to find the perfect set-up for riders of all sizes for this bike. Therefore, the Low Rider features a two-position seat, an adjustable handlebar riser, which requires a special tool from the dealer to adjust it, and foot pegs that are relocated two inches forward compared to other Dyna models. This effectively gives the bike a seat height of 25.4 inches.

The Sportster line-up has also come under the spotlight for 2014 and there is now a long-distance version of this perennial favorite called the SuperLow 1200T. This the first time that H-D has used the 1200 v-twin in the SuperLow frame and because it’s designed for touring (hence the T in its name) there is a revised suspension, with rear pre-load adjustment, and tire package.

The SuperLow 1200T has been calibrated to appeal to shorter riders (H-D says in particular those from 5’ 1” to 5’ 7”) meaning there is easy reach handlebars and foot controls as well as a low seat height. The 1200T is also equipped with lockable saddlebags, a detachable windscreen and mini footboards.  The rider position three inches forward compared to the Sportster SuperLow 883 model to make it even easier for a rider to get both feet flat on the ground at a stop.

Harley-Davidson has confirmed that the SuperLow 1200T will be priced at $11,799, while the Low Rider will start at $14,199. Both bikes are in dealer showrooms now.