A New Horse in the Paddock: RA's New Daily Editor 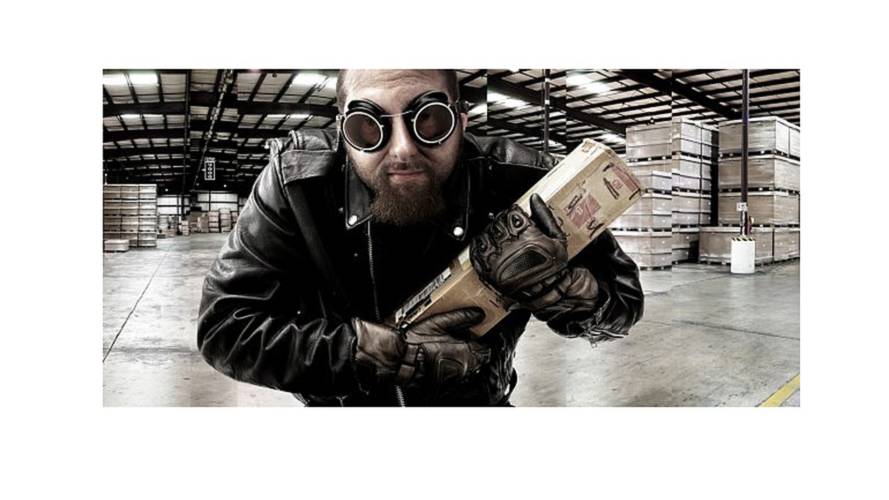 How-Dee! I'm Just So Proud to Be Here!

Hey friends! So, as some of you may have heard, RideApart has been on the lookout for a new editor to help Chris turn this site into the motorsports media powerhouse it deserves to be. Well, they finally found one and here I am!

Allow me to introduce myself. My name's Jason, and I'm the new Daily Editor at RideApart. What's a Daily Editor you ask? Well, it's kind of like a Managing Editor but without the glory and prestige that usually comes with that position. I'm responsible for a ton of behind the scenes stuff like assigning stories, proofreading and editing, site programming, and generally making Chris look good. No pressure, right?

Me, on my first day

Nah, no pressure. In fact I'm super stoked to be here, and to have the opportunity to write professionally about motorcycles. Also, now that I have a steady paycheck instead of living hand to mouth like a freelancer, I'm finally bona fide and can buy my daughters lessons on the clarinet.

You don't care about that though, yeah? You want to know who I am and what makes me think I'm qualified to do all this. Who Is this clown? What are his qualifications? Does he have references? Is he house trained? I'm glad you asked!

I was born and raised in a rural central Ohio town – not far from Cleveland – that is home to one of the approximately 4 million small, prestigious, eye-wateringly expensive liberal arts colleges scattered throughout the state. My post-high school educational career was, well, rocky. After a short stint at the College of Wooster and Ashland University where I studied music education – then English... then journalism – I kicked around my home town for a bit before running away to Pittsburgh to attend culinary school. After I graduated from culinary school, I wandered around the Midwest with my girlfriend (now, 20-some years later, my wife) before we finally got married and settled down in Detroit.

Best ride of my life

Why Detroit of all places? Well, my wife's a native Michigander (nobody's perfect) and by that time I was working as a photographer and photographer's assistant in Detroit's automotive advertising business. That career lasted just long enough for me to get some experience and a halfway-decent reputation before digital imaging brought the whole business crashing down around our ears. I'd always wanted to be a writer, and as a freelance photographer I'd gone feral years before, so after about three minutes of soul searching I quit taking pictures, sold a bunch of my camera gear, and started writing full time.

Now, I had been writing on and off for about 10 years at that point. Primarily, my work was in pen and paper tabletop role-playing games. You know Dungeons and Dragons, right? That's what I did. What I still do in fact, when I'm not doing this. I worked for a number of big-time companies, worked with beloved IPs like Robotech and Star Wars, and generally wrote about spaceships and giant robots professionally. That's right, I'm a huge nerd. Anyway, as much as I love that work, it doesn't pay very well and freelancing in that business is hard work. Feast or famine, you know? Thank God my wife has a good job. Then, a little over a year ago, I got a steady gig writing about cars, which opened the door for this gig which, like I said, comes with a steady paycheck. Which, you know, is nothing to sneeze at.

What I write about when I'm not writing about motorbikes

What about motorcycles though, right? That's what you're here for. Well, I've been riding for almost 20 years now. I got my start accidentally, despite the fact that my dad was a confirmed Harley man and I'd been around bikes on and off my entire life. I was working at a camera store in a small town in Southeast Michigan when I discovered that one of my colleagues rode a bike. Specifically, a square-headlight Yamaha Maxim. I thought to myself: "Hell, I'm cooler than he is. Why don't I ride a motorcycle?"

Within two weeks I'd sold my car and bought my first bike, a 1980 Yamaha XS850SG in faded burgundy. My wife was thrilled, I can assure you. So was my friend Alan, an extremely cantankerous and profane old Englishman who owned a small bike shop I hung out at. I'd asked him for advice on a starter bike (a Honda CB750 was his suggestion) and he told me never to buy a Yamaha triple, and if I did, never to bring it to him. A month after I bought it the triple quit running because the previous owner (POs, POs never change...) had cocked up the carb tuning when he removed the airbox and installed a 3-into-1 exhaust without re-jetting. Alan cussed me up and down when he saw me wheel the triple into the shop, but he fixed it anyway and took the time to teach me about carb tuning and bike maintenance in general.

Since then I've owned a ton of small, weird, Japanese bikes. At one time there were probably a dozen bikes in my garage that I was parting out or fixing up and flipping. See, my wife made the mistake of telling me I could have all the free bikes I wanted, and damned if I didn't find a bunch of people willing to give me "non-running" bikes just to get them out of their garage, basement, driveway, or yard. I put quotes around "non-running" because a lot of them just needed a tune up and fresh gas to get them running. Of course, that's more a testament to the ruggedness and build quality of late-70s/early-80s Japanese bikes than to my mechanical know-how. It got to the point where I could hardly get into the garage for all the bikes and boxes of parts in there. That was all years ago, though.

Now, sadly, I'm down to just three. One of them even runs, if you can imagine that! There's my trusty XS850 – which is a constant work in progress because I can't stop messing with it – a '74 Yamaha RD200E that just needs a little more work to get back on the road (carbs, it needs carbs. Desperately), and a basket case '66 Bridgestone S90. Bet you didn't know there even was such a thing as Bridgestone motorcycles, did you? Well, there was, but that's a story for another time.

The sad state of my ongoing projects

So, yeah. That's me in a nutshell. Aside from writing and raising a pair of smart and willful young daughters named after famous WWII-era Soviet aviatrixes – which is most of my day – I spend what free time I have touring with my band,  studying maritime, military, and Slavic history, drinking rye whiskey, turning wrenches, traveling, working on my old house, collecting WWII rifles, leading historic tours of Detroit, and generally making a nuisance of myself.

How I spend my free time

Thanks for reading, friends. Ride safe, keep the rubber side down, and I'll see you on the street.