Suspend Your Disbelief: All You Need Is Kill 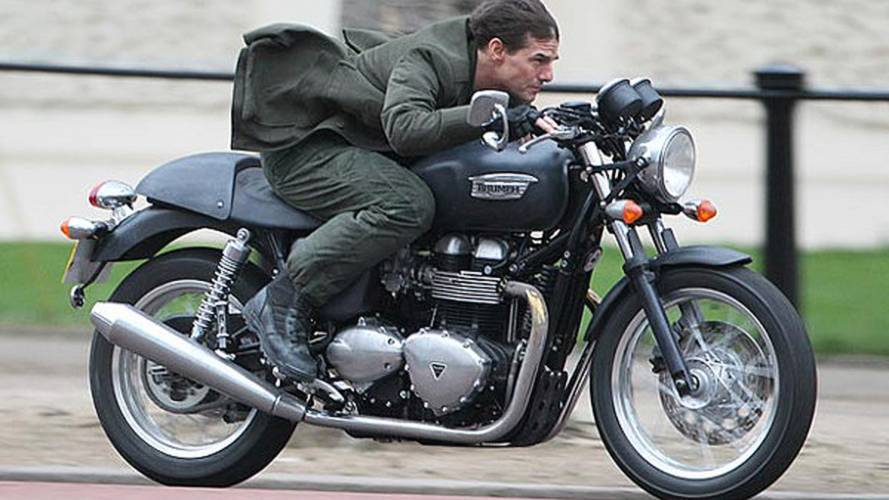 "All You Need Is Kill" is an upcoming science fiction film where Earth is at war with a mysterious group of aliens called Mimics. Lieutenant Colonel Bill Cage (Tom Cruise) gets sent into his first combat situation and ends up dying in a fight against a Mimic, he suddenly wakes up again on the same day. Eventually he realizes stuck in some sort of time loop, and uses each loop to become stronger and learn how to defeat the Mimics. In the film, he rides a Triumph Thruxton.

The movie is adapted from the Japanese science fiction novel of the same name by Hiroshi Sakurazaka. It follow the same storyline, Earth is attacking by a group of aliens called Mimics, and the main character becomes stuck in a time loop. With each consecutive time loop, the main character becomes smarter, stronger and faster and searches for a way to defeat the aliens.

The Triumph Thruxton was released in 2004, based off the contemporary Bonneville model with a few modifications to change its design. Its namesake comes from the Thruxton Circuit, where Triumph Motorcycles had won the Thruxton 500 endurance race. This signaled the the started of the cafe racer era — store-bought motorcycles were stripped down and modified to increase handling and performance. It had bar-end mirrors, clip-on handlebars and a seat cowl to give it a cafe racer look. In 2007, the Thruxton was upgraded to an EFI version with a new 865cc engine that has 68 horsepower. The upgrade allows the bike to move up to 140 miles an hour, easily beating the barely capable 100mph bikes they were modeled after.

Tom Cruise on set on a Thruxton.

From the the promo pics we don't know much aside from Tom Cruise riding around The Mall in central London without a helmet. However, we know Tom Cruise is a prolific motorcyclist and rides motorcycles in many of his movies — for example the fake Ducati he rode on he rode on "Knight and Day." He often ends up doing his own stunts on motorcycles in his movies - such as "Mission Impossible 2" with the Triumph Speed Triple, a Kawasaki GPZ900R in "Top Gun," and the Fake Ducati in "Knight and Day."

We don't really know much about what Mr. Cruise and the Thruxton is doing in this movie, we'll update as new information comes out. The movie should be released March 7, 2014.