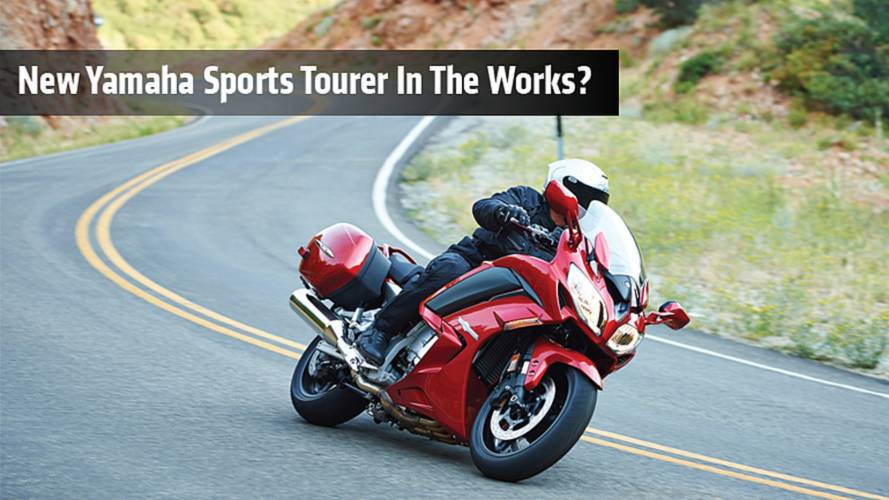 A new Yamaha sports tourer may be on the horizon, judging by a recent U.S. Patent submission.

It would appear that Yamaha may be planning on adding an entry level sports touring motorcycle to its FJ line-up, using the FZ-09’s three cylinder engine, after the company recently applied to trademark the FJ-09 name in the U.S.

Yamaha has said in the past it would consider using the 115 hp, 847 cc triple engine in other models too, but has not officially confirmed when it will do this or the segment that it would specifically use it in.

The FZ-09’s engine received praise from the media at the bike’s international introduction last year for being user friendly and fun. It features ride-by-wire and staggered intake funnels which help produce power at both low and high end revs. The liquid-cooled, in-line 3-cylinder, DOHC, 12-valve unit is fuel injected and develops 65 ft/lb torque and features Yamaha’s ‘Crossplane Crankshaft Concept’ a 120 degree crank, which according to the company offers ‘linear torque development in response to the rider’s throttle input’.

At the end of last month, Yamaha submitted an application to the U.S. Patent and Trademark Office to use the FJ-09 name for ‘motorcycles, scooters, three-wheeled scooters and structural parts for all the aforesaid goods'. However, there were no specific details of the motorcycle it would be used for. Other motorcycle manufacturers have used this route as well in the U.S. before launching an all-new model.

It would therefore make sense for Yamaha to add a third sports tourer to the FJ range with an entry level specification and lower price to attract new riders. Like all manufacturers, Yamaha will not comment on future product introductions. Watch this space.