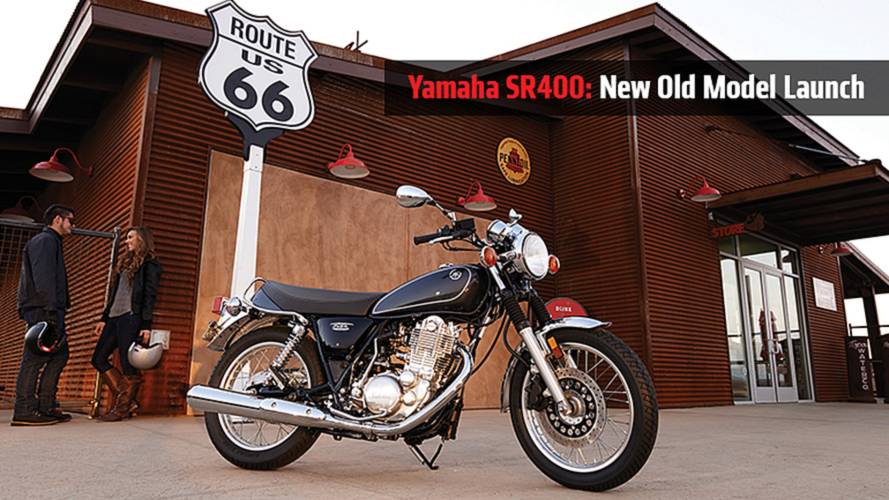 The Yamaha SR400 is set to launch this year and is aimed at being the perfect blend of old charm with modern functionality.

Yamaha has announced it will be importing into the U.S., its entry-level street bike – the SR400 – that is based on a 36-year-old design but now incorporates a few modern tweaks.

The 2015 Yamaha SR400, which has until recently been predominantly sold in the Japanese domestic market, is designed as a no frills type of motorcycle.  But it has now been updated to incorporate a front disc brake, with a rear drum, and fuel injection on its 399cc engine and will go on sale in the U.S. However, there is no electric starter just a kick start that features a decompression lever to get the engine going.

This may have a certain appeal for enthusiasts, who may consider the bike a good foundation for customization. Priced at $5990, the SR400 might also find a niche for itself as a good starter bike. Or for those who need a straight forward everyday commuter ride.

The SR400 is equipped with five-speed gearbox, chain drive, regular telescopic front forks and twin hydraulic rear shocks and a center stand. The seat height is a user-friendly 30.9 inches and the bike has a wheelbase of 55.5-inches.

With spoked 18-inch wheels front and rear, the SR400 has a no-nonsense, clean look to it and when it arrives in Yamaha dealer showrooms it will be available in one color only, Grey Metallic.