Che it Isn't So: Guevera's Son Gives In to Capitalism 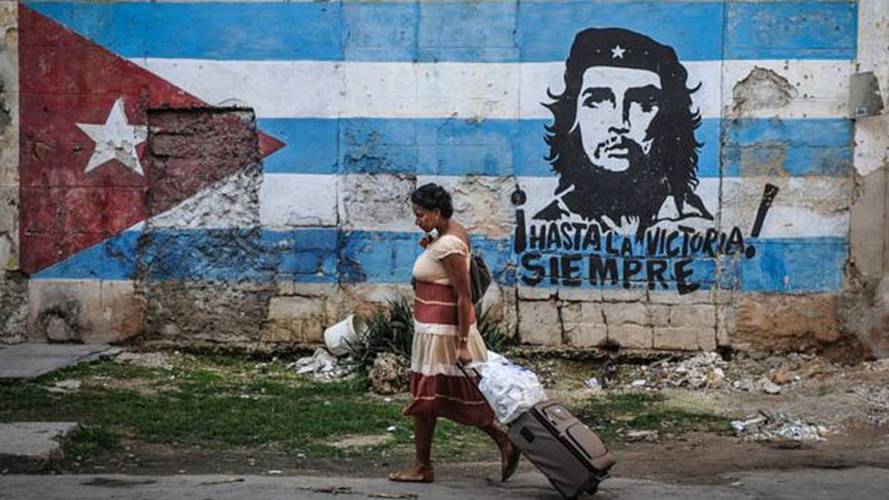 Ernesto Guevara March formed La Poderosa Tours to show people the beauty of Cuba from the back of a motorcycle.

If you weren't aware, Che Guevera is more than just a face on a t-shirt or the subject of a kind of obscure motorcycle-based biopic. Back in the '50s, he helped lead – along with Fidel and Raul Castro – a bunch of Cuban intellectuals and rebels in an uprising against the US-backed Batista regime. That uprising was pretty successful all told, and led to more than half a century of Communist rule in the island nation. Now, as another, softer revolution rolls through Cuba, the youngest son of the famous revolutionary is leading tours through the picturesque hills and landscapes with the use of Harleys.

52-year-old Ernesto Guevara March – the fruit of Che's second marriage to Cuban Aleida March and a lawyer by trade – runs a motorcycle tour company in Cuba called La Poderosa Tours. Named for La Poderosa II (The Mighty) – the '39 Norton 500 his late father rode around South America the summer he got radicalized – Guevara's tours feature explorations of the lush Cuban countryside aback new-ish Harley-Davidsons. The idea that the son of a famous Marxist revolutionary has so fully embraced capitalism may seem contradictory – I mean, what could be a better symbol of capitalism than a bunch of Harleys rumbling around Havanna? – but Guevara is clear in his conscience.

Cuba’s government is aware of the potential money this form of tourism can generate, and La Ponderosa Tours, though a private company, still works with a myriad of state-run Cuban companies. After President Raul Castro changed the laws in 2010, a swarm of small private enterprises have sprang up, one of which is La Ponderosa Tours. As a result, Guevara makes it quite clear that his fathers ideals end where the rubber meets the road.

"I always try to not link things. Anything I've achieved I've done as Ernesto Guevara March - as myself, as a human being," explained Ernesto. "Those who love me, love me for the person I am. Not just for the name Guevara.”

Because Cuba has been off limits to Yankees for such a long time, many are eager to see and experience Cuba for themselves. La Ponderosa Tours offers what I’d argue is the best way to take in the country's sights – on a motorcycle.  If you're looking for a new kind of adventure, La Poderosa Tours may be for you.