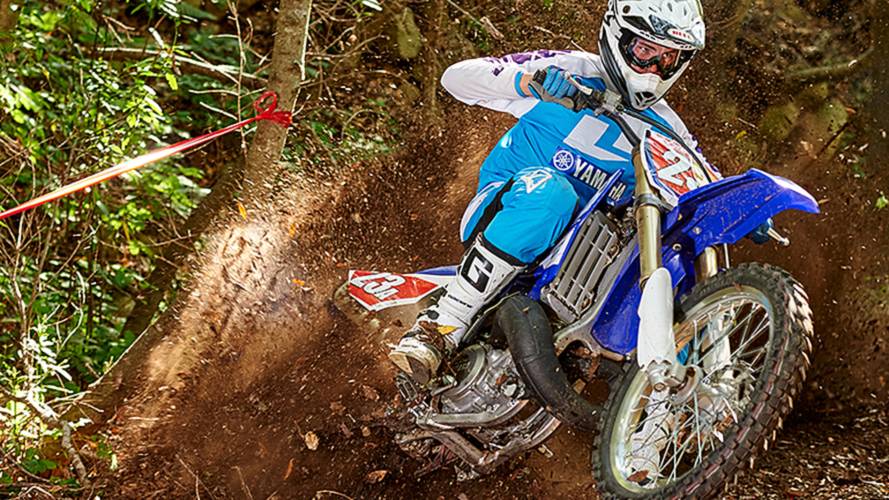 We get a look at the changes for the 2016 Yamaha Off-Road Motorcycles.

Yamaha sent us out to Tom White’s Early Years of Motocross museum last week for some BBQ and a couple unveilings. On the street side of things it was fairly boring, but for the off-road market, they have some good news.

Most of the returning off-road and motocross models are getting some worthwhile upgrades. Luckily, the upgrades aren’t accompanied by price increases.

The best selling 450F on the market will see some improvements for its 2016 year model. The rear of the frame is beefier, including stronger engine brackets and the fork offset has been changed from 22mm to 24mm. You’ll find a new 270mm front brake rotor for decreased stopping distance. The biggest upgrade on the 2016 model is launch-control.

The 2016 YZ250F will see a lot of little improvements, like a flatter, lighter weight piston, which is said to increase top end power. A larger front brake rotor and some suspension changes for both front and rear; however, Yamaha didn’t get into the exact suspension changes.

The unveiling I’m the most excited about is the 2016 Yamaha YZ250X. I love 2-strokes, but also like desert rides. Think of it like the Yamaha YZ250FX, but now in a 2-stroke. Yamaha built the YZ250X specifically for Cross Country and Hare Scrambles competition. With some engine tuning changes to take away “that aggressive bit down low,” to a more gradual power curve. The power valve, exhaust pipe, Digital CDI ignition, and 38mm Keihin® PWK carburetor have all been tuned to bring a little more power into the top end. It’s projected to be a smooth and capable racer. It’ll also feature a wide-ratio, five-speed.

“The YZ250X’s aggressive bodywork is based on the YZ250 motocrosser, but features updated styling from the front fender to the rear brake protector. The bike also comes standard with an aluminum, tapered handlebar; YZ-F-style foot pegs, a gripper seat; Excel® rims with Dunlop® tires; and a whole host of GNCC-specific features, including an 18-inch rear wheel, sealed O-ring chain, narrow expansion chamber, a convenient side stand, and a fuel tank petcock with reserve position,” according to the Yamaha press release.

READ MORE:  Flat Track Racing at Del Mar; Where it Was and Where it's Going