Yamaha Gets Weird for the Tokyo Motor Show 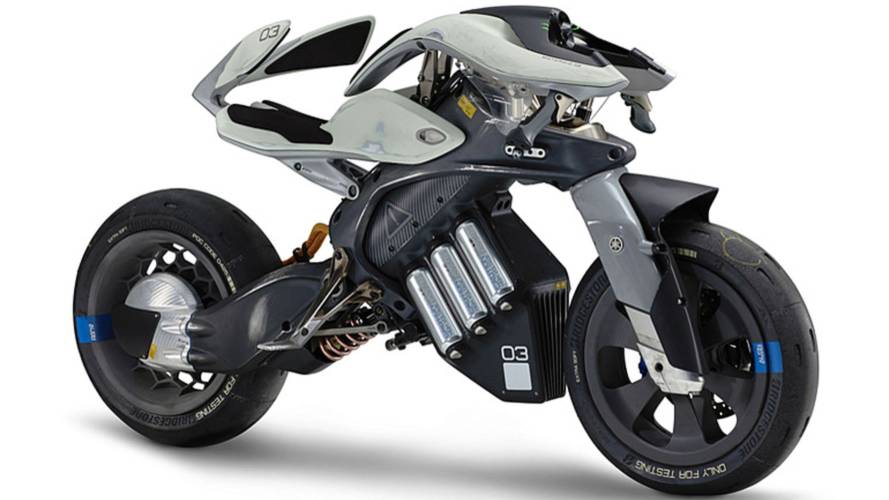 The Tokyo Motor Show is a popular venue for new ideas from Japanese car and motorcycle builders. While most of those concepts are pretty solid, a good handful are so pants-on-head crazy that you wonder how they ever got off the drawing board. Not wanting to disappoint, Yamaha plans to unveil a couple of real weird machines at the show, and you need to see them to believe them.

According to motorcyclemagazine.com, perhaps the most radical is the MOTOROiD. Yamaha calls MOTOROiD an experimental machine that “employs artificial intelligence and explores the feasibility of concepts for creating new forms of personal mobility in which the rider resonates harmoniously with machine.” The company says the MOTOROiD “is capable of recognizing its owner and interacting in other capacities like a living creature.” Its other sentient behaviors, if any, have yet to be revealed. (Soooooo... they put a dog brain in this thing or something? -Ed.)

Powered by an electric motor in the rear hub, the MOTOROiD carries six cylindrical batteries below the frame, an underslung monoshock connected to the swingarm, and a curious blade-style fork bolted to a single clamp at the steering head. The café racer riding position includes winglets at the rear of the seat, which would appear to embrace the rider’s hips. Hmm.

MOTOBOT obeys the fourth law most of all - never lift.

Team Blue will also display the second generation of the MOTOBOT, a motorcycle-riding robot that was first introduced two years ago. The company says the robot rider is ready to hit its initial target of lapping a circuit at high speed. (I feel like there's potential for a real John Henry kinda thing here pitting Rossi in a lap against the robot -Ed.)  MOTOBOT isn't here to take your racing and riding jobs, however. It's a testing machine, designed to ride ride a conventional motorcycle with the purpose of developing stability and traction control systems for future machines.

The Isetta that BMW should be making...

Last, but not least, Yamaha is also dropping the MWC-4 at Tokyo. Kind of a cross between an ATV and a motorcycle, the MWC-4 is a leaner based on the multi-wheel technology of Yamaha’s Tricity scooter and MWT-9 concept bike. According to Motorrad, Yamaha has indicated the arrival of other multi-wheel leaning vehicles, which may or may not include the production version of the MWT-9. The magazine speculates that the roster will also include a new concept car, likely based on the Sports Ride Concept revealed two years ago.