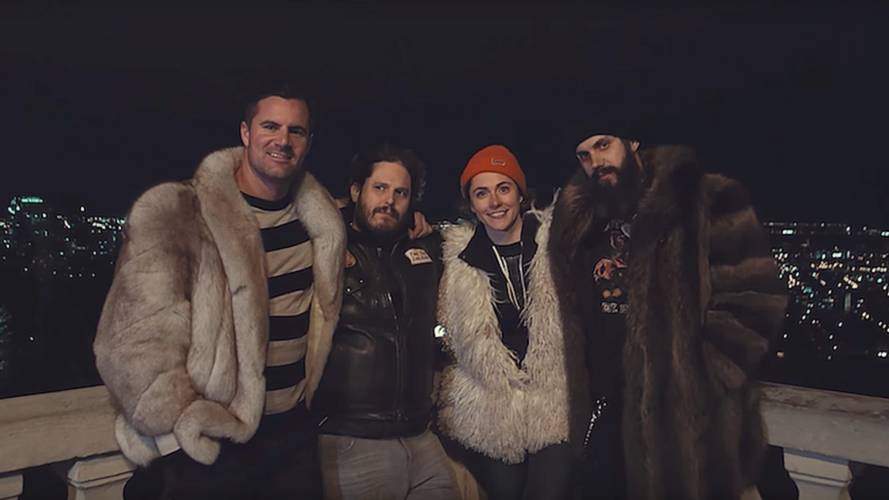 Yes, it's basically a commercial. But watching this video will help remind you what motorcycling is about.

OK, so before going any further, let’s address the most totally obvious thing about this video: it’s effectively a really long advertisement for Harley-Davidson. Everything – even a damned coffee cup – is H-D branded.

Part of the reason I don’t care is the fact this video, produced by Harley-Davidson Canada, features Charles-Edourad Carrier of Oneland Magazine. Edouard is a very cool Quebecer I got a chance to meet back in March, when I first rode the new Street Rod. Whatever may be the case for the rest of this video, I can assure you he is a genuinely – and genuine – cool dude.

Some of you will know, of course, that I crashed at that press event. When I got to the bar that night, Edouard was the first person I saw. He gave me a hug and said: “Oh, man, I was so worried! Good to see you're OK!”

As I say, genuine, and genuinely cool.

Also featured in the video is a guy named Jay Reeve, who is apparently a Harley-Davidson ambassador. I’m not really sure what that is, but if it entails getting to hang out riding bikes with folks like Edouard then I totally want to be an ambassador, too.

Anyway, the two of them ride around Ontario and Quebec, bumping into the sort of odd ducks that motorcycling seems to draw. Which is the real reason worth watching this commercial short film: it reminds you of what motorcycling and motorcycling culture is actually like. The nature of SEO and the pursuit of click monkeys means we often get fixated on the “clickable” negative side of motorcycling (“Hey, these dumb guys did a dumb thing, let’s all say hateful things about them. Boo!”), but actually it’s a hobby/sport/obsession that provides an intersection where all walks of life can meet.

Mini-Moto Thrasher Guy is a requisite part of any hipster motorcycle video.

In this case, it’s Canadian hipsters, which seems like my kind of scene. It might not be your scene, but I’ll bet there’s still a place for you in the two-wheeled world. And after watching this you’ll hopefully be inspired to go out and find it.

Bonus aspect of this video: It provides you with a helpful motorcycling life hack. Just be sure that coffee cup is H-D branded.