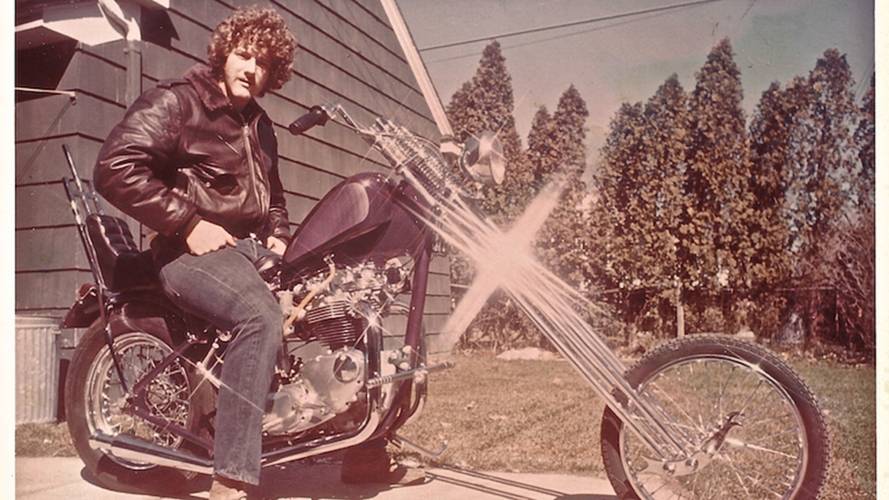 A book that shares the interesting and inspiring stories of riders from all walks of life.

New book by Aaron Heinrich offers glimpses of various motorcyclists’ lives, providing inspiration to get out and ride

Full disclosure here: Aaron Heinrich, author of the new book Asphalt and Dirt: Life on Two Wheels is a friend of a friend. I’ve even once contributed to his website, Asphalt and Dirt (not to be confused with Asphalt and Rubber), way back in its formative days.

Asphalt and Dirt was an online motorcycle lifestyle magazine, published weekly, that tried to focus on individual riders and their experiences. It's changed a little recently in terms of scope and focus, but it remains great place to go for inspiration. Motorcycles are, of course, an individual thing – it’s just you in that saddle; each of us responds to the experience in a different way. Sure, there are often similar themes in our personal tales, but it can be inspiring and sometimes moving to learn about how someone else came to riding and what keeps him or her going.

Heinrich spent several years collecting these stories on his site, Asphalt and Dirt being a pet project (As someone whose job makes him a slave to things like SEO, I always admired the lack of advertising on his site), borne of his own deep love for all things two-wheeled. The stories run the gamut, touching on tales from all walks of life: racers, drifters, builders, adventurers, and dreamers are all to be found within the book’s pages. The stories provide a glimpse into the lives of the sort of wonderful characters that seem to be drawn to motorcycling – the individuals who make motorcycling culture simply by being part of it.

Heinrich adopts an easy-reading style. These stories were, of course, originally designed for the short-attention span coliseum that is the interwebs. So, you’ll find yourself zipping through one or two people’s stories in roughly the time it takes to make a cup of tea. Assuming you're the sort of bad-ass biker dude who makes tea.

Heinrich does a good job of offering up some interesting information and plenty of detail, but I’ll admit I often wished these profiles were considerably longer. For example, one of the very first profiles was of a rider named Joe Distefano. I could have read an entire book about just that guy. The flip side of this quibble, though, is that because profiles are short I found myself willing to read about folks I wouldn’t normally take the time to focus on. And, quite frankly, it might be difficult to sit down and read long-form versions of each person’s story, because each new experience makes you want to get out and ride.

The DIY nature of the book occasionally comes through. One gets the sense that Heinrich was his own editor here. Not a bad thing, but even the best writer will fail to catch his her own errors from time to time. For someone who used to work as a professional copy editor, it’s the sort of thing that stands out for me. However, I’ll quickly point out there are not so many typos that they necessarily detract from the writing. I suspect many readers won’t even notice.

What readers will notice, however, is something that most motorcyclists will already know: Each of us is unique, and each of us has a story to tell. It’s good that there are people like Heinrich out there who are willing to collect those stories.