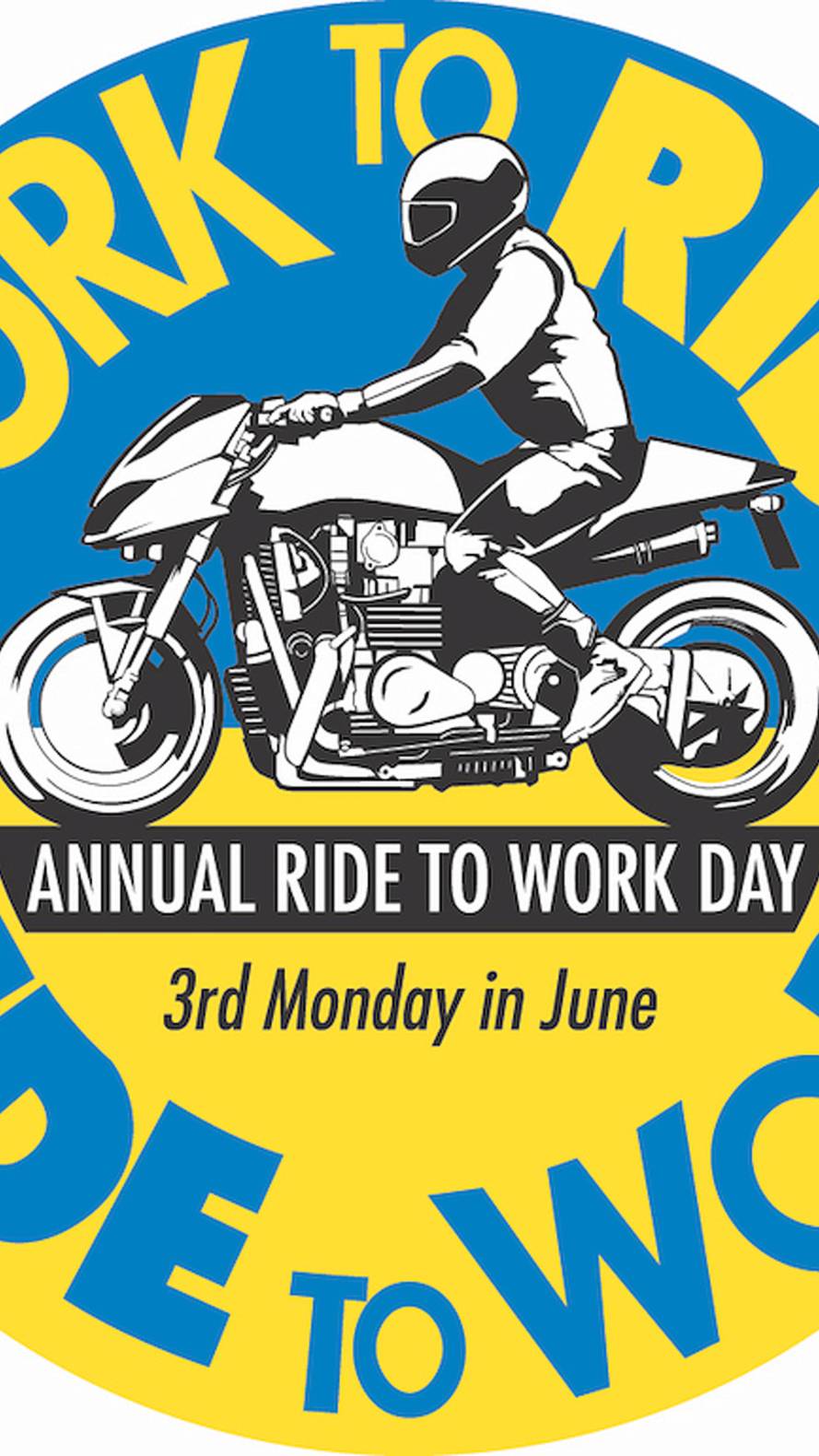 This Monday is the 26th annual ride to work day and organizers are hoping everyone with a motorcycle in their garage will take it off its stand on June 19.

This Year Marks the 26th Annual Ride to Work Day

Back in the early 90s, Aerostich CEO Andy Goldfine held the first informal Ride to Work Day in an effort to make motorcyclists more visible both to motorists and to the people who designed and maintained America's transportation infrastructure. The ride became so popular that by 2000 Goldfine had formed a 501c non-profit organization called Ride to Work devoted to increasing awareness of motorcycling as a viable alternative to cars. Ride to Work Day falls on the third Monday of June, and this year it kicks off on Monday, June 19.

Along with Ride to Work Day, the organization has spearheaded many other positive initiatives that benefit the lives and experiences of riders. We can thank them for the Motorcyclist Advisory Council, adopted by the Federal Highway Administration that weighs-in on scoot-related issues, and even mobile apps for riders like CurbNinja that help motorcyclists find parking. If another state legalizes lane-splitting, you can probably guess who we’ll have to thank for that. Not that Goldfine is alone in his efforts, he is assisted by dozens of hard-working riders who are passionate about our collective voices being heard.

So who exactly are these people? In their own words: “A 501 c4 NPO (non-profit organization), advocating and supporting the use of motorcycles and scooters for transportation, and providing information about everyday utility riding to the public.” If you’re reading this you likely support what Ride to Work's does, at least in spirit. Even if you don’t have the time to spend on two-wheeled activism, you can donate to the cause on their website with donation options that range from a penny to a grand. As incentives the organization is offering some cool merch to their supporters such as stickers, shirts, and even a skateboard available at different donation levels. Even without opening your wallet, anyone can support this endeavor simply by riding their motorcycle to work on Monday.

Ride to Work day is an opportunity to demonstrate to the four-wheeling world that motorcycles are solid and practical commuters and that riders are just regular people. Please DO NOT harm this effort by riding like a hooligan. Keep that front wheel down and be a positive ambassador for riding. As an added bonus, some of your co-workers may finally realize how fully cool and bad-ass you are when you pull into the parking lot on your steed on the morning of the 19th. Ride safe, and do whatever is reasonably possible for you to support this awesome organization. After all we’re the ones they’e fighting for.

More info can be found at www.RideToWork.org