Enter the Ninja - The Kawasaki Ninja 400 Comes to America 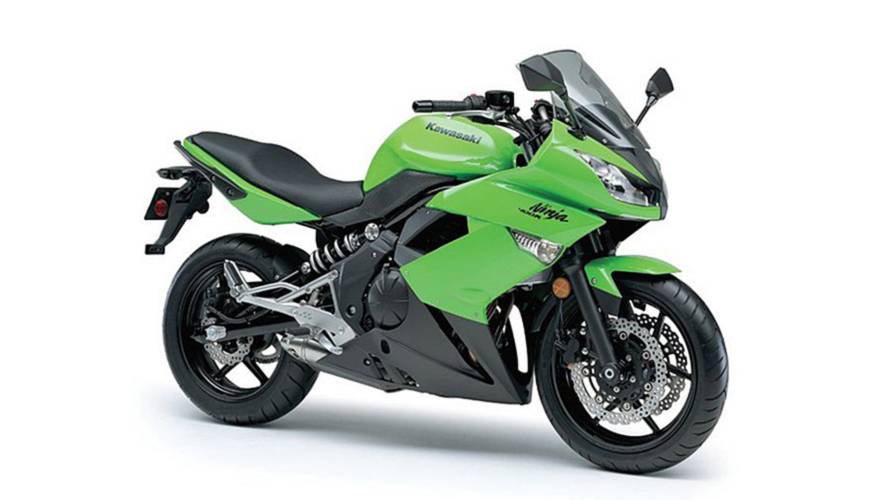 Kawasaki is expected to show the new Ninja 400 at the EICMA show in Milan next month.

You ever notice how Europe and Japan get all the really cool bikes? I'm looking at you CB1300 and Tiger Sport. Well, it looks like someone overseas is finally looking out for us because word is that the new Kawasaki Ninja 400 is finally coming to the States.

How do we know? Well, according to the moto-sleluths at motorcycle.com, the California Air Resources Board (CARB) has published certification forms for the 399cc engine.

The probability of a Ninja middy was apparent in our recent story of Kawasaki shooting a TV commercial on the streets of Milwaukee. The models shown in the video indicate that the Ninja 400 will be an enlarged version of the Ninja 300 twin, rather than an a new four-cylinder engine. That’s likely to mean that the higher performance segment of the middleweight market will be left to Honda’s reported revival of the CB400F.

READ MORE: New Ninja 400 Spied on the Street in Milwaukee

Bikes in the 350-450cc classes have long been popular as the go-to bikes for entry-level riders and experienced riders looking for a smaller, lighter-weight commuter. The category has a reputation for light weight and handling ease, and an incredible fun-per-pound ratio.

READ MORE: The Most Desirable Motorcycles Not Sold in America

Details on the new engine have yet to be revealed, but the logical assumption is a scaled-up Ninja 300 rather than a downsized 650 engine. Increasing the 300’s bore and stroke will provide a bump in both horsepower and torque, and offer gains in overall performance rather than a high-revving rocket. Details on the specs are likely to be made public at the upcoming EICMA show next month.

The middleweight class has seen the benefit of renewed attention in recent years, bumped by the introduction of the KTM RC390, Honda’s CBR300R, the kickstart-only Yamaha SR400, and the BMW G310.

In terms of form, function, and fun, the mid-displacement models across the board have largely outgrown their traditional description of beginner bikes. The current wide selection of types and styles offers riders a quite comprehensive menu of choices in levels of engine performance, handling, comfort, and economy. Let the good times roll.