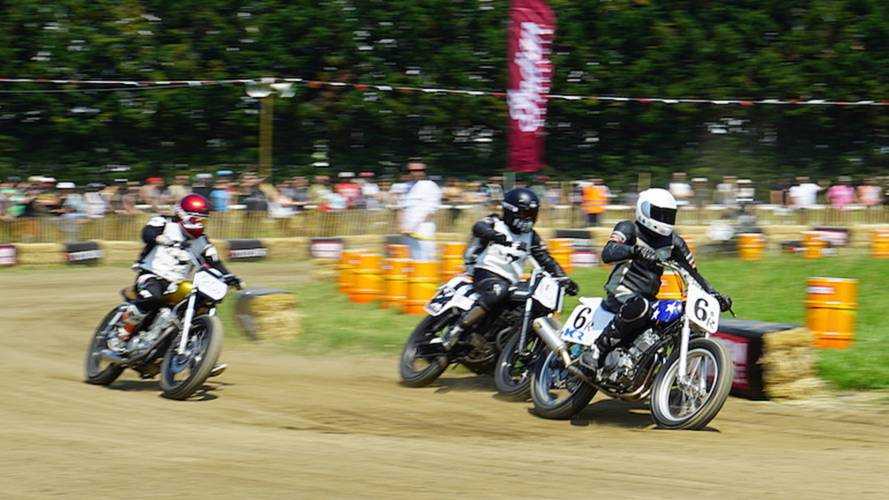 Wheels and Waves grows in popularity each year, proving the European event is the place to be for those eager to see and be seen in motorcycling.

Annual celebration of bikes, surfing, and motorcycling lifestyle draws riders (and companies) from across the globe

Every June, Basque country (an area straddling the western border between France and Spain) becomes the heart of the European cafe racer scene. The unique festival – which took place this last week – exists at the crossroads of the bike and beach lifestyle.

Arriving at Cite De l’Ocean just south of Biarritz, France, the hub of Wheels and Waves, you first notice the fashion trends. Men sport exactingly trimmed beards paired with Deus Ex Machina hats, girls wear cut-off jean shorts that leave little to the imagination. Despite a heavy dose of fashion, event founder Vincent Prat says the prototypical attendee is a guy who seriously loves vintage bikes, surfing culture, and music. For him “the most important thing is to cross culture, to not be locked into one culture.”

Judging from the week’s events, all the riders taking part are definitely serious about their motorcycles.

On Wednesday afternoon the event kicked off with the El Rollo flat track race. Taking place at the fittingly vintage San Sebastian Hippodrome, 120 riders braved the quarter-mile dirt oval. Indian Motorcycle, principal sponsor of Wheels and Waves, supported three Scout Super Sixty bikes in the super hooligan class. In addition, racers competed in four other vintage and modern classes. A pit bike entered in the rookie class (A requisite at any hipster event –Ed). Organizers say that even though the skill level of racing goes up every year, it is important that things stay friendly and everyone has fun.

Thursday poured rain but, fortunately, a lot of the action was indoors. The ArtRide motorcycle exhibition displayed custom bikes alongside original artwork inside a hard to find warehouse space in Pasaia, Spain. Californian skateboard hall of famer, artist, and motorcyclist Steve Caballero was on hand to show off his artwork. He says that Wheels and Waves “has got a taste of everything that I am into, so this is the perfect event to participate in.”

At the end of the evening Steve played guitar alongside famed rock and roller, and fellow Golden State resident, Brian Bent. BMW Motorrad, Indian, and Harley-Davidson all displayed bikes at the event.

The sky cleared up on Friday for the Punk’s Peak hill climb. Taking place on a mountainside just outside San Sebastian, the short road course was lined with spectators who made the arduous uphill trek. Katja Poensgen, a former 250cc Moto GP rider, took first place in the Superbike category on an custom Indian Scout named Miracle Mike. The bike was prepared by Young Guns Speed Shop.

"The best thing for me was to see Katja take the corner at full throttle," said Fabian Witzig, one of the founders of Young Guns. "It really was an amazing sight."

Other bikes without factory backing also did well. Second place went to a BMW R nineT-based bike built by Workhouse SpeedShop from Belgium and ridden by Sebastian Lorentz. Independent builder Herve Libner ran a tribute bike to Niki Lauda’s 1975 Formula 1 car, based off a 2003 Ducati Monster. An amateur, he tries to build a new bike every year. Metal working is Herve’s job, but bike building is his passion. As with the flat track, many participants cared more about showing off their bikes and having fun than winning anything.

Surfing and music took center stage at the Cite De l’Ocean venue. The invitational surf competition went throughout the event, bringing a relaxed crowd to Biarritz's Plage de La Milady. Surfboard racks seemed ubiquitous on locals' bikes. Acts like Moon Duo and Elliott Murphy provided the soundtrack while amateur and pro skaters alike enjoyed the half pipe at the village center. After sunset the party continued into the early hours.

For manufacturers, Wheels and Waves is a chance to target trendsetters who care about both the form and function of their motorcycles. Grant Bester, European managing director for Indian, said he feels a sense of authenticity at Wheels and Waves, and thinks the event is “the perfect place to show products.” Other companies seem to agree, Most major manufactures had a presence at the Basque coast event.

The Wheels and Waves ambiance is also popular with the public. This year, 20,000 people were expected to attend (official numbers are not yet available), up from 15,000 last year. Riders from as far away as Russia make the trek. They all come to be part of a community based around a shared passion for the vintage motorcycling lifestyle.