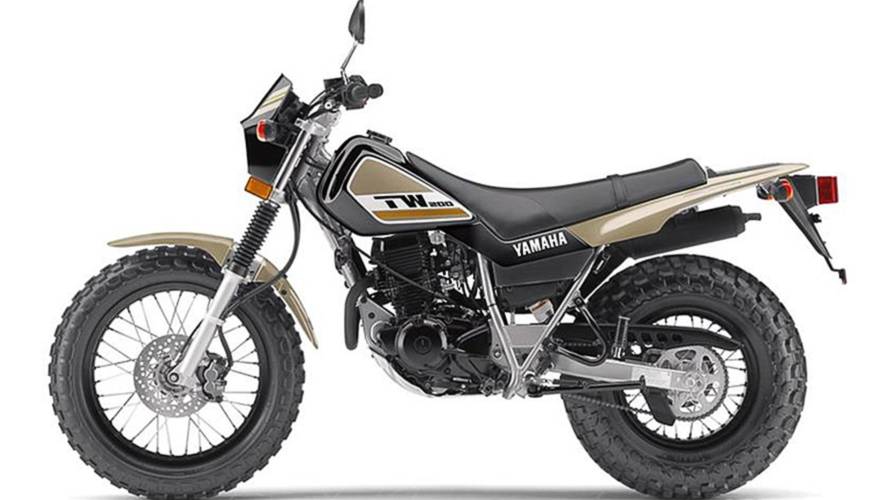 Few motorcycles remain virtually unchanged for three decades, but Yamaha’s do-almost-anything TW200 is one of them. The TW200 is the little bike that could, a fat-tired, small-displacement workhorse/pit bike/light trailie that has been around in more or less the same spec for 31 years–and with good reason.

SOMETHING OLD, SOMETHING NEW...

As a former owner of a TW200, I can attest to its impressive blend of fun and utility. These mighty little bikes combine the performance qualities of a dual sport, backcountry plonker, and motor scooter. The single overhead cam, four stroke, air-cooled single doesn’t make a lot of power–and at 270 pounds it’s no lightweight–but the five-speed gearbox makes good use of the available grunt and the street legal thumper has no trouble keeping up with traffic. Over the years, the only changes Yamaha made to these versatile little bikes were a handful of comfort and safety upgrades–a front disc brake, electric start, a more potent charging system, etc.

The power-to-weight ratio necessarily limits the TW200 in terms of both acceleration and top speed, and by 70 mph it’s straining pretty hard. Once underway though, the combined effects of the low seat height and smallish wheels–14-inch rear, 18-inch front–make the bike surprisingly fun and easy to control. Some years ago an accomplished racer brought a TW200 to the local flat track just for fun. I watched him rail around everyone on the outside, on a short track, without getting sideways. A seriously impressive feat.

While the TW200 is ideal for basic utility duty, ranch work, camping, and hunting, its weight is its largest handicap. It's not the easiest machine to carry on the back of a camper, but no more trouble that the average small-bore trail bike for those with a truck or trailer. The TW200 is a common sight in campgrounds and desert events, and many owners say they’ve owned more than one over the years. At an MSRP of $4,599 they ain’t cheap, but bargains can usually be found on eBay or Craigslist. When a bike goes as long as the TW200 has without a serious refresh or overhaul, you gotta figure Yamaha has been doing something right.