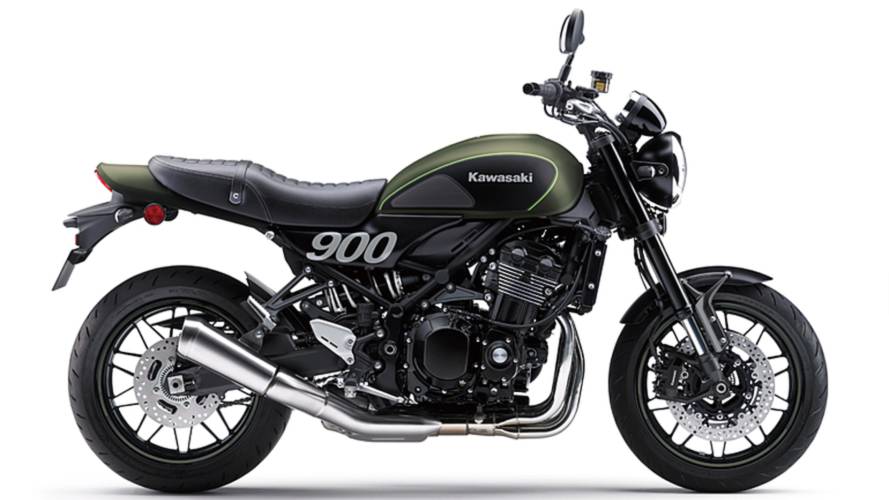 After months of breathless waiting, Kawasaki finally pulled the cover off its glorious retro-styled Z900RS and it's awesome.

Guys! YOU GUYS! They did it. Those glorious bastards, they finally did it. After months and months of rumor mongering and teaser video releasing, Kawasaki finally unveiled the hot new Z900RS today at the Tokyo Motor Show. If you've been living under a rock for the past year or so and don't know what's up with the Z900RS, let me lay it out for you. Or, well, let me let this Kawasaki flack lay it out for you:

"The much rumored and eagerly anticipated bike christened the Z900RS has been conceived as an homage to the legendary Z1 Super Four 900 of 1972 and is an up-to-date modern classic blessed with a multitude of references to the Z1, the machine that not only acted as a crucial stepping stone for Kawasaki as a brand but also changed the face of performance motorcycling forever."

Got that? In realspeak, the new Z900RS – "RS" stands for Retro Sport by the way, because of course it does – is a retro-modern recreation of one of Team Green's most famous bikes rendered with loving detail out of a slew of modern, high-tech bike parts. Only vaguely related to the recently released Z900 supernaked (heh) line, the RS is a nearly clean sheet design. Kawasaki started with a brand new, water-cooled, DOHC, 16-valve 949cc inline four to invoke that old-school UJM feel. The engine – which breathes in through a set of 36mm throttle bodies and out through a specially designed and tuned exhaust systems – was then mated to a six-speed trans with a high-tech assist feature and a slipper clutch. The whole package was then wrapped in a handsome, lightweight trellis frame.

To keep the engine's nearly 110 horses and 73 pound-feet of torque firmly planted, the Z900RS has a 41mm inverted fork up front and a fancy-schmancy horizontal back-link, gas-charged shock with rebound damping and spring preload adjustability in the rear. Retro-styled cast aluminum wheels wrapped in meaty Dunlop GPR-300 tires were fitted, and a pair of 300mm rotors with 4-piston calipers forward and a 250mm rotor with a single piston caliper aft provide ample stopping power. To enhance the bike's already respectable handling, Kawasaki fitted it with the multi-mode KTRC Traction Control system.

Once all the mechanical and electrical work was done, Kawasaki draped the bike in the best looking retro-styled bodywork this side of Yamaha's SCR950. The big teardrop tank, side covers, flat seat, round mirrors, and tail cowling were all designed to give the bike an early-70s feel while being juuuuuuuuuust modern enough to appeal to today's styling sensibilities. A big, round LED headlight up front and an oval-shaped, throwback LED taillight complete the bike's retro look. The instruments are an old school-style, twin-pod, analog tach and speedometer enhanced with a negative display (white letters on a black background) LCD screen. While the needles tell your your speed and revs, the screen displays a bunch of system information like gear selection, odometer, fuel level, range, fuel consumption, coolant temperature, time, ambient temperature, and more.

Whew, that's a lot of stuff to take in. I'll admit, I'm pretty excited about this bike. It may be the only bike I've seen lately that could steal my affections away from Yamaha. Not, like, permanently or anything, but I would definitely make room in my garage for one.

Here are some more pics of the Z900RS for your edification: