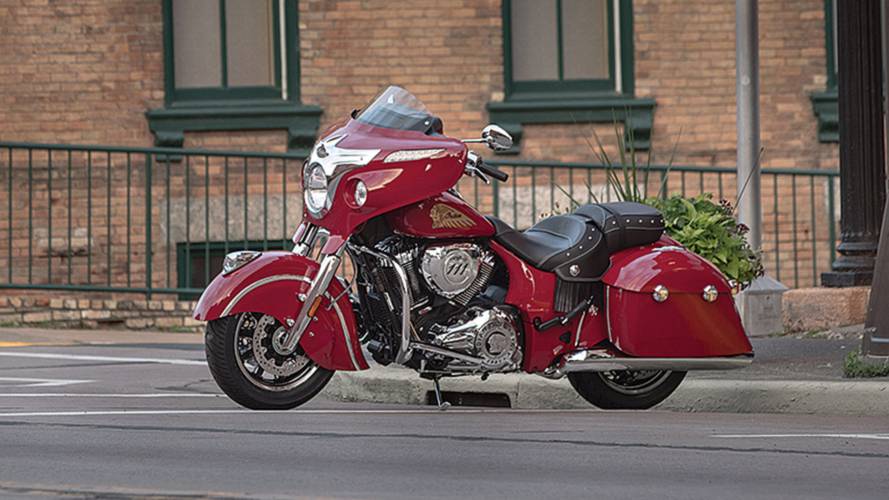 While overall sales of Polaris products were up 25 percent in the third quarter of 2017 over the same period lat year, motorcycle sales declined by 14 percent. However, sales figures for Indian Motorcycle unit retail sale were up 16 percent, with wholegood sales up in the low 20 percent range.

The drop included lower sales for the Slingshot trikes and wind-down costs for the closure of Victory Motorcycles.

“Our emphatic return to profitable growth in the third quarter was a testament to the power of the Polaris brand, the strength of our dealer network and the competitive drive of the Polaris team,” said CEO Scott Wine. “During the quarter, strong retail growth in both North America and nearly all of our International markets drove record sales and highlighted our ongoing product innovation, improving product quality and sharpened execution. Results were strong throughout our portfolio, led by Indian Motorcycles’ exceptional performance as they accelerated share gains and outpaced a declining North American motorcycle market while also delivering strong growth in Europe, Australia and Asia.”

Wine also reported performance growth by Polaris’s Off-Road Vehicle business, fueled by a factory authorized clearance sale and the strong reception for the 2018 models. He also cited the encouragement of continued overall growth despite higher than expected costs for warranty and re-work and complications from Hurricanes Harvey and Irma.

The increase in Indian Motorcycle retail sales was partly driven by new model introductions including the new Chieftain Elite and Limited models and Roadmaster Classic. Indian Motorcycle market share surpassed the ten percent mark in September. Slingshot's retail sales were down although the rate of decline decelerated during the quarter. Motorcycle industry retail sales, 900cc and above, were down high-single digits percent in the 2017 third quarter.

READ MORE: Don’t Let the Chrome Fool You: The Roadmaster is Legit | RideApart

With the closure of Victory Motorcycles nearly two years ago, Polaris will record costs anticipated in the range of $80 – 90 million, associated with supporting Victory dealers in selling their remaining inventory, the disposal of factory inventory, tooling, and other physical assets, and the cancellation of various supplier arrangements.