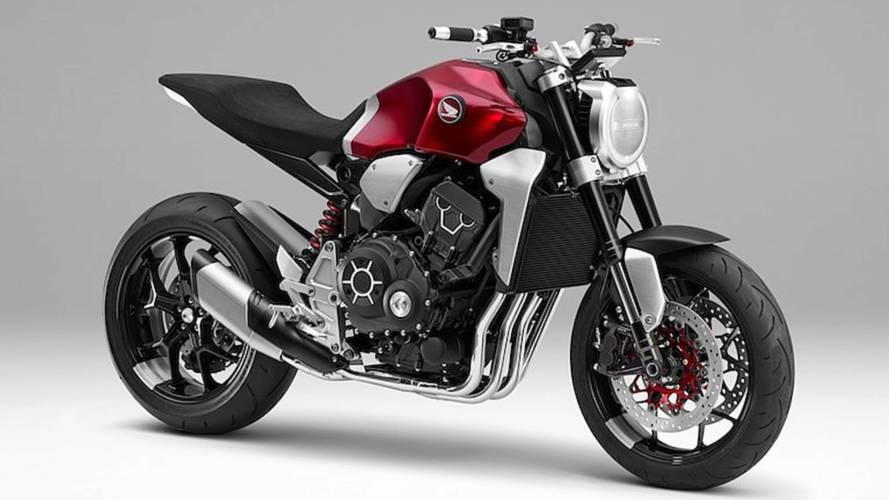 Honda's NSC project gets revealed a few weeks early and it's gorgeous.

Seemingly production-ready naked to be fully unveiled at EICMA

Guess it couldn’t wait. In teaser videos released earlier this month, Honda promised to reveal its new Neo Sports Cafe project bike at next month’s EICMA show, but it appears Big Red simply wasn’t willing to keep something this sexy under wraps.

Images of the forthcoming inline four were released this week in conjunction with the Tokyo Motor Show. Keen eyes, however, will note that the bike in these pics is not exactly the bike shown in the NSC teaser videos.

Those mirrors I yammered on about when the second video was released are nowhere to be seen in these images. Equally absent are the indicators, license plate holder, headlight, and clocks that can be spied on the video version of the bike. In other words, I’m pretty sure the bike we’ll see at EICMA will be a little different than the one seen here.

Indeed, based on the previous videos, I suspect the moto that gets rolled out in Milan on 6 November will be more ready to appear in Honda dealerships not too long afterward.

These images, do, however, confirm my guess that the bike would be modeled on the CB4 concept bike that was displayed at EICMA 2015. Though, there appears to be at least one major change. I’ll admit I’m not terribly good at guessing engine capacity by sight, but it does seem that the NSC’s powerplant is too large to be the same 649cc inline four found in the CB650F.

The boys and girls at the Britain’s MCN are claiming the NSC is “powered by the Fireblade's 998cc water-cooled inline four-cylinder engine.” I’m not sure how they know that for certain (the only official information you’ll get from Honda about the NSC is a single sentence stating that it’s “a naked sport model that combines the fun and beauty of a sport bike with a new-generation motorcycle package”), but there’s nothing in these images to make me think they’re wrong.

It certainly sounds like an amazing package, and one that could put Honda at the top of the growing naked market. Obviously performance will matter in this field, but compare the NSC aesthetically against other liter nakeds – eg, Suzuki GSX-S1000, Kawasaki Z1000, or even the existing (and long in the tooth) Honda CB1000R – and the NSC is an easy winner.

We’re looking forward to learning all the details in a few weeks, but hopefully we won’t have to wait too long after that for this ”project” to reach the production stage.