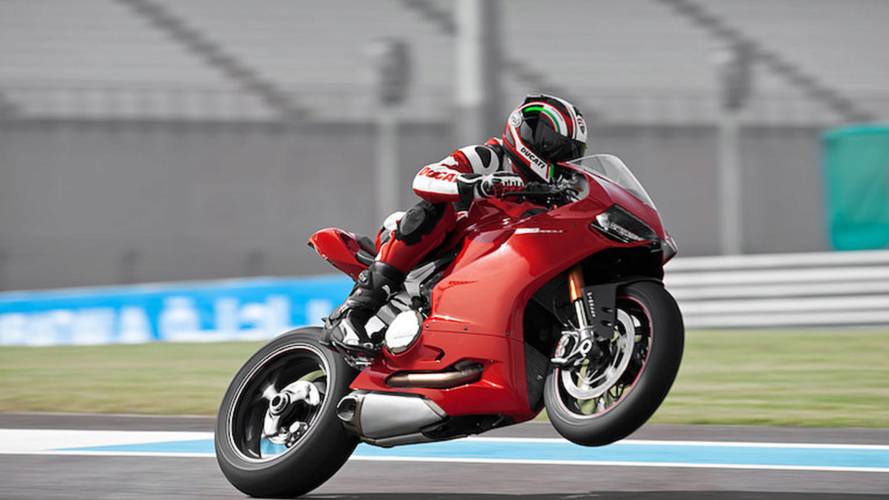 Combination of brands could be successful but is unlikely to ever occur.

On Wednesday we posted a story about rumors that Harley-Davidson may be interested in purchasing Italian brand Ducati, the latter being the subject of an almost constant barrage of rumors thanks to the perceived financial difficulties of its parent company, Volkswagen AG. It was an amusing story, good for getting people talking (which is what our social media guys value above all else), but let’s cast a critical eye on this thing: it’s almost certainly not true.

WORD 'ROUND THE CAMPFIRE

Rumor Control: Triumph Could Be Reviving The Trident

Certainly there’s merit in the idea of a merger. On the surface you might think Harley and Ducati are a mismatch, but stop to think about what both companies are really good at: branding. Harley-Davidson in particular. Ducati has achieved unprecedented success in recent years in part because it (like Indian, Triumph, and BMW) has ripped whole pages from the Harley playbook. That is especially obvious in the way Ducati has delivered its Scrambler sub-brand.

So, it’s a good bet that Ducati under Harley leadership would probably look a lot like present-day Ducati but with even more trucker caps. It would be a case of the student finally getting to learn from the master. There would be some growing pains (say goodbye to the Diavel and Scrambler), but since each company operates, by and large, in a separate space it could be a pretty good pairing.

It’s a pairing, however, that won’t happen. There are myriad reasons why:

Firstly, it’s a rumor that involves Harley-Davidson. I’m not entirely sure why, but rumors about the business dealings of Milwaukee’s most famous company always seem to have legs. It’s one of those weird quirks of the universe that people want to discuss/imagine what’s happening behind the scenes at the MoCo. At least once a quarter there’s a fresh rumor that the company is facing a takeover; now instead of Harley being bought it’s a rumor of Harley doing the buying.

(Looking at RideApart’s archives it appears the takeover story has been floating around since at least 2010. And in most cases the potential buyer is named as KKR and Co., which Reuters also named as a potential Ducati buyer. That, too, should clue us in to the questionable nature of this rumor – the fact that all the usual suspects are named as suitors.)

Secondly, always at the heart of those Harley takeover rumors is the fact the company’s sales have been gradually eroding over the past few years. H-D’s still selling more than five times as many bikes as Ducati, so it’s hardly time to panic, but one suspects the company isn’t in a situation where it wants to throw down US $1.67 billion on some fancy Italian bikes. Especially considering its previous experience with the fancy Italian bikes of MV Agusta. Indeed, as a result of that experience I suspect Harley would feel the reported asking price – far in excess of Ducati’s actual earnings – consists too much of Italian bravado.

Thirdly, where’s the upside for Harley in this? If it were to buy Ducati, it would be buying a company that has only recently found financial stability (Ducati’s been through close to a dozen owners in its 90-year history) by following the Harley playbook. Harley already knows how to do that.

Fourthly, the “logic” driving rumors of Ducati’s sale is the belief that Volkswagen AG will want to do what Harley did in 2008 when hit by the Great Recession – doing away with side projects and focusing on the core business. That strategy has worked well for Harley but would inherently have to be abandoned for a Ducati purchase.

Another thing to think about: Ducati’s recent success has been greatest in the Scrambler sub-brand, something that clashes with the bread and butter of Harley’s Sportster and Street models – models in the vanguard of its efforts to reach new demographics and new markets. To avoid shooting itself in the foot, Harley would probably scrap the Diavel and Scrambler models. At which point Ducati would return to being a purveyor of beautiful niche products, none of which would deliver enough profit to make up for the initial investment.

Meanwhile, let’s take a look at this from the Ducati side. Rumors of its eminent sale have been floating around for a year now. Not too long ago, the rumor mill had it destined to fall into the hands of Royal-Enfield. For its part Volkswagen AG has generally denied such rumors. In fact, the only real evidence we have that they might be true are the angry declarations from Ducati’s union saying it shouldn’t be.

Ducati is a strong brand experiencing historic success, with the potential to be even stronger. Even if Volkswagen AG is hurting, it seems unwise to throw away a money-making part of the portfolio.