Watch Peter Hickman Flog a BMW around the Isle of Man 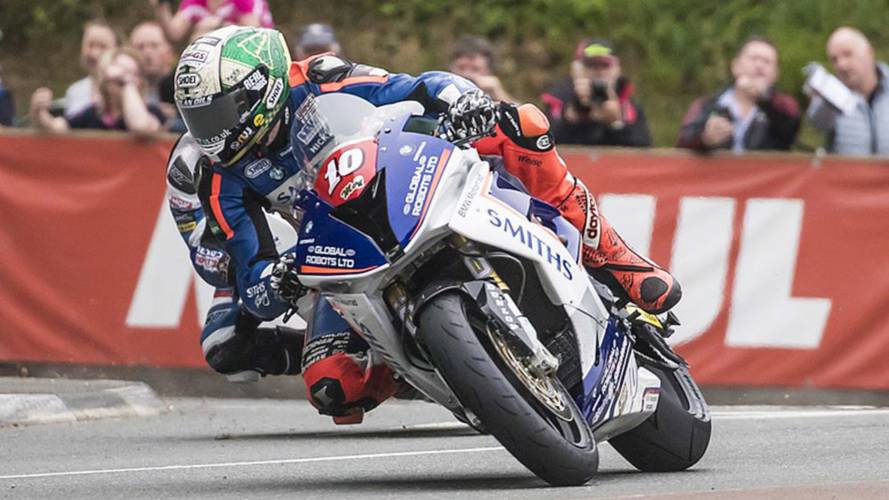 Take a lap around the Isle of Man circuit with Peter Hickman on a fire-breathing BMW HP4 RACE.

Ready for a twenty-minute adrenaline rush?

So, we don't talk much about racing around here, mostly because it seems like you guys would rather go out and race (or just ride around) rather than sit at home and read about it. I can respect that. Personally, I'd rather be out scraping the pegs on my Yamaha than chained to this computer, but, you know, cest la vie. That being said, in the course of researching stuff for another RideApart story I'm working on, I came across this video of racer Peter Hickman riding a screaming BMW around the Isle of Man TT course and, man... Just watch it.

There, back? Did you watch it? I know it's long for an internet video, but it's worth it. If you didn't watch it for some reason, I'll go ahead and give you the low down. British racer Peter Hickman, who took five podium finishes at the 2017 Isle of Man TT, is a young racer to be reckoned with. Three of his wins this year–Superbike TT, Superstock TT, and Senior TT–were achieved aboard BMW's brand new ultralight literbike the HP4. At some point between official races, Hickman and the HP4 were equipped with a handful of cameras and set loose on the track to record on-board footage, and boy did they deliver.

Throughout the twenty-minute video, the point of view switches numerous times between the different cameras. There are amazing first-person shots from Hickman's helmet, forward-facing footage that looks shot from the side of the bike, shots of him changing gears and braking, everything. It's an amazing piece of footage that really captures the mix of excitement and terror felt by the racers hurtling down those narrow country roads with almost no margin of error.

I'm not going to talk your ear off and do a play-by-play of the video, but I am going to lay out some high points that you should watch for: