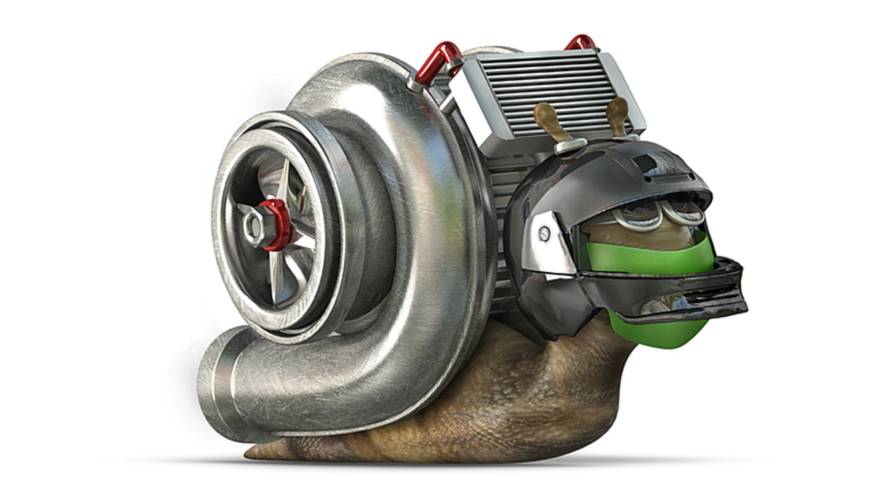 Suzuki released some very thought provoking images showing what looks like patent drawings of a new turbocharged engine. What could it mean?

The motorcycle industry is in transition, and in a bit of a squeeze, trying to deal with the increased environmental restrictions – such as the stringent Euro 4 emissions standards – on new bikes. Bikes like the supercharged model Kawasaki is teasing, and new renderings of a forced induction engine from Suzuki reveal where this transition might be headed. Suzuki recently dropped a pile of patent drawings on the internet showing a mysterious, backward-facing parallel twin with a fancy-looking turbo setup hooked to it. What could it mean? What is this engine and what's its purpose? Well, I don't have a solid answer, but I have a some theories you might be interested in.

Suzuki’s newest patent drawings, seemingly derived from their old Recursion concept, show two super interesting innovations: first, an integrated turbo unit and catalytic converter are included (this is super important, trust me); second, the rearward tilt of the motor is a major step in resolving big engineering and servicing problems.

Why turbocharge a motorcycle in the first place? As my dad would say, “Aren’t they fast enough?” The advantages of forced induction are not just limited to speed, however. The primary advantage is that turbos allow smaller engines to produce more power and torque at lower revs. This allows for better fuel economy and lower emission levels without losing performance. Add in a smaller chassis, toss in a bit of excitement, and you’ve got a winner.

Note the rearward-canted cylinders and the forward-mounted turbo hardware

Motorcycles are largely considered recreational vehicles here in the States, so efficient, clean, but otherwise dull bikes are a hard sell. That’s the reason my last 600cc sportbike got fewer miles per gallon than my 2400 cc car – packed with two adults, two kids, and a dog, with air conditioning blasting. My old 600 was tuned for maximum power at frightening RPM and little else. It was fast and furious, but it was hard to ride well and guzzled fuel like it was free. Fewer miles per gallon mean more released carbon. And with CO2 levels surging worldwide that sort of thing simply isn't acceptable anymore. So, Euro 4 practically mandates better motorcycles.

A closeup of the left side of the new turbo engine

A Turbo solves these problems by pressurizing the engine’s intake air. Instead of the old “suck, squeeze, bang, blow” mantra of internal combustion, the new mantra is, “push, squeeze, bigger bang, blow.” The increase in air volume lets a small engine do more work, which improves economy and pumps out less waste carbon.

The hottest part is that the turbo runs for free. Turbos use exhaust gas to power this pressurizing energy rather than using the engine's power like a supercharger. Suzuki is quoting power and torque figures for this 588cc turbocharged parallel twin that rival current revved out 600cc fours. Along with the increase in fuel economy, the lighter, smaller twin opens new pathways for engineers. Housed in a cheap simple steel frame there would be lots of room for the turbo, close integration of the catalytic converter, and a low center of gravity. You can tuck in the radiator (please).  From a mechanic’s point of view, I like it. The cylinder head is reachable, spark plugs and valve adjustment shall not be a daylong affair in the workshop. Engineers need that last statement tattooed on the back of their mouse hand!

When will we see Suziki's crazy new turbo mill?  Patent drawings are not motorcycles, they are foundations. The integrated turbo/cat converter is the key to actual production. The turbo unit could go to an outside supplier, lowering costs and improving availability down the road. After years of timid development it is time for something new and fully thought out. Suzuki, if you build it, I will buy two. One to ride, one to study.