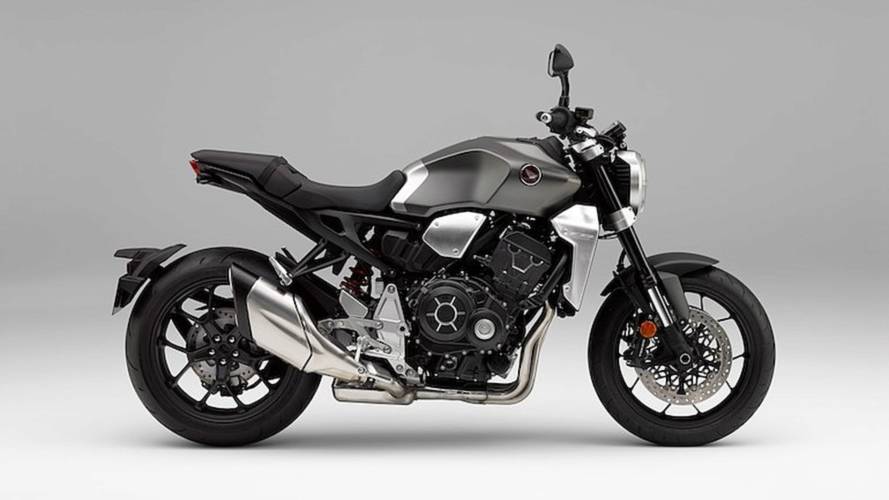 The venerable CB1000R is reborn with a new look and a lot more power. Find out when it will be arriving in dealerships.

143hp naked to arrive hit Europe first, then arrive in US in summer

We told you Honda’s Neo Sports Cafe project – first revealed at last month’s Tokyo Motor Show – was a production ready machine. It turns out we were more right than we thought. The NSC is, in fact, the new 2018 Honda CB1000R.

Credit to the guys at MCN for figuring out that second part; we were wrong in guessing it would be a CB650F. Not available in the United States until summer 2018 (lucky Europeans will see it sooner), the new CB1000R is dramatically different from the outgoing model of the same name. The 2018 model features updates to the chassis, engine, and electronics package.

"The CB1000R has always represented high performance in a naked four-cylinder machine, and while we knew that retaining that approach was important, we also felt it was time to take the platform in a new direction," said Lee Edmunds, American Honda's manager of motorcycle marketing communications. "Increasingly, customer expectations walk a line between high-end performance and character, so it's vital that there be a strong, emotional connection between rider and machine."

Key features include LED everything, reduced weight (12 kg, or 26.5 lbs lighter), and the same heralded 998cc DOHC inline four found in the CBR1000RR, although with different tune. Honda says the CB1000R has been tuned to make 16 percent more peak power than the previous model, at just over 10,000 rpm, and 5 percent more torque through the mid-range. It is also shorter geared, to deliver faster acceleration. An assist/slipper clutch comes standard, as does ride by wire, and three different riding modes: Rain, Standard, and Sport.

“Every aesthetic detail of the CB1000R has been finessed, and the overall design, its style and powerful stance, merge retro minimalism with the elevated performance package of the engine and chassis,” says Honda.

Big Red takes special pride in pointing out the absence of plastic on the CB1000R; there are only 6 exterior parts constructed from that material, the largest being the front mudguard. Metal finishes are used throughout the machine, drawing on the café racer tradition.

A CB1000R+ version will also be available, with quickshifter, heated grips, and “a range of premium accessories” including a metallic meter visor and seat cowl, front fender panel, hugger panel and radiator grill.