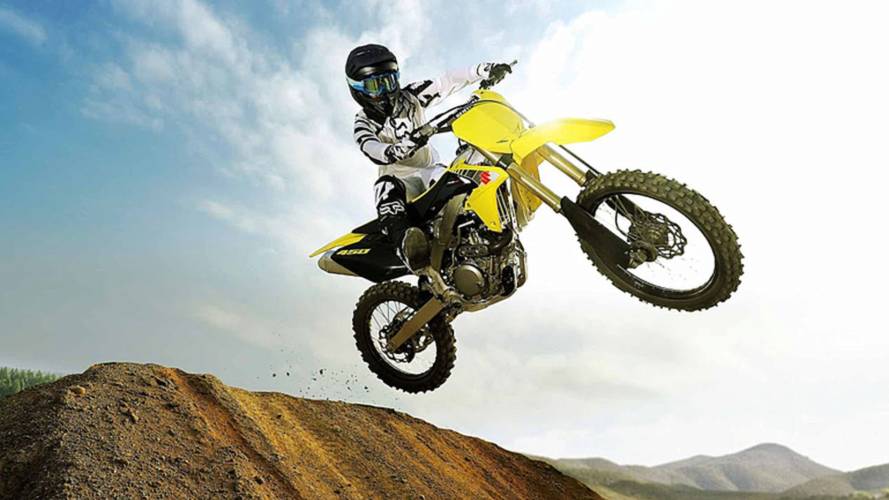 Suzuki just dropped a brand new version of the RM-Z450 motocross bike for 2018.

Suzuki recently announced the release of the all-new, completely redesigned, 2018 RM-Z450 motocrosser. Featuring a raft of new and improved features, every part of the bike from the wheels up is new and/or improved for '18.

Developed using Suzuki’s RUN, TURN, and STOP philosophy – a design philosophy that creates a winning balance between engine and chassis performance – the 2018 RM-Z450's various new systems combine harmoniously to create a powerful and agile bike. It has stronger brakes for better stopping power, a wider spread of engine muscle with higher peak power, and a frame that is stronger and lighter resulting in a nimble chassis that elevates the standard for cornering performance.

For stopping, the RM is fitted with a new, larger front brake rotor and a sleek new rear master cylinder. A high level of grip and feedback is delivered to the rider via the RM-Z450’s new Bridgestone X30 tires mounted to the stronger, but lighter aluminum rims.

Key improvements for the 2018 RM-Z450 powerplant include changes to the air intake, electronic fuel injection system, and select engine parts to improve throttle response while boosting peak power. An evolved version of Suzuki’s Traction Management System helps the bike hook up regardless of the conditions, while an updated Suzuki Holeshot Assist Control (S-HAC) system) gets the RM-Z450’s rider out in front with a stronger power surge out of the starting gate.

Suzuki hasn't announced a price for their new motocross bike yet, nor have they announced a street date for it. If you're interested, keep an eye on Suzukicycles.com for more updates.