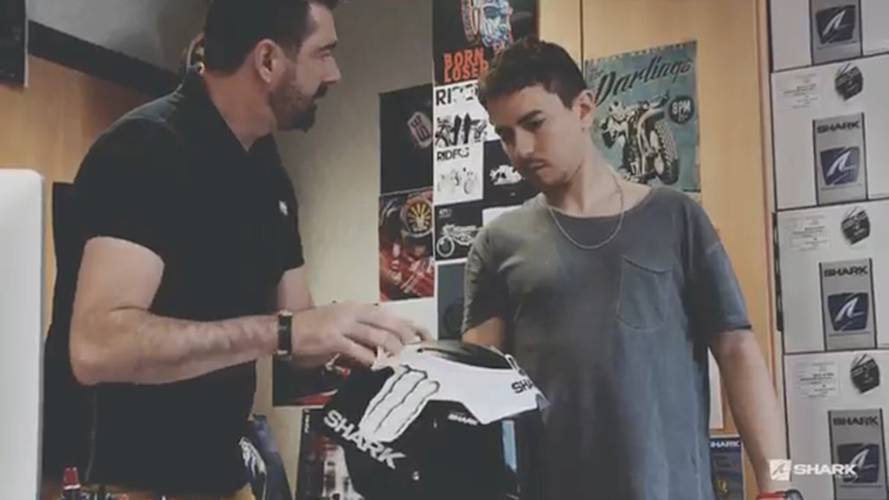 Shark gives viewers an inside look at its HQ and the process behind designing Jorge Lorenzo's newest helmet.

France-based Shark has released a video showing the process of a helmet going from the lab to the track.

Producing a modern motorcycle helmet has become an increasingly complex process. Development over the decades has brought us from what were essentially leather hats to state of the art products on par with those used in space travel.

Race helmets tend to be companies' flagship offerings, with features eventually trickling to lower-priced helmets. Aside from noise, racing helmets demand the best everything: aerodynamics, stability, lightweight, solid construction, etc. So, when designing a race helmet some of the best people to ask for input are the racers themselves.

In addition to the obvious marketing benefits of saying your helmet was designed with the help of *insert MotoGP star here*, these two-wheeling athletes have valuable input to offer and are perhaps the best candidates to test helmets. If a helmet feels stable and aerodynamic when looking over your shoulder aboard a MotoGP machine at 200 mph, the same helmet shouldn't have a problem on the freeway when looking to change lanes when worn by buyers.

AGV experienced success with its Corsa and Pista models designed in collaboration with Valentino Rossi, so it seems Shark is now following suit.

Jorge Lorenzo won back to back 250cc World Championships in 2006 and 2007 before joining the premier class in 2008. He's gone on to win three MotoGP World Championships (2010, 2012, 2015) and in that time has had many different helmet sponsors (including HJC, X-Lite, and Nolan). He is currently signed with Shark. The Spaniard opted to have Starline Designers do the graphics; the company is responsible for countless graphics found on MotoGP riders' gear and machines.

In addition to featuring a much more pronounced spoiler (made on the company's in-house 3D printer), the lid sports many of Lorenzo's classic imagery like his "Around the outside" logo.

The three-and-a-half-minute promotional video shows Lorenzo arriving at Shark's Marseille, France-based HQ aboard a Ducati Scrambler while wearing a Shark helmet. I'm pretty sure his choice of helmet and bike have nothing to do with his sponsorships. He probably just likes those particular offerings...