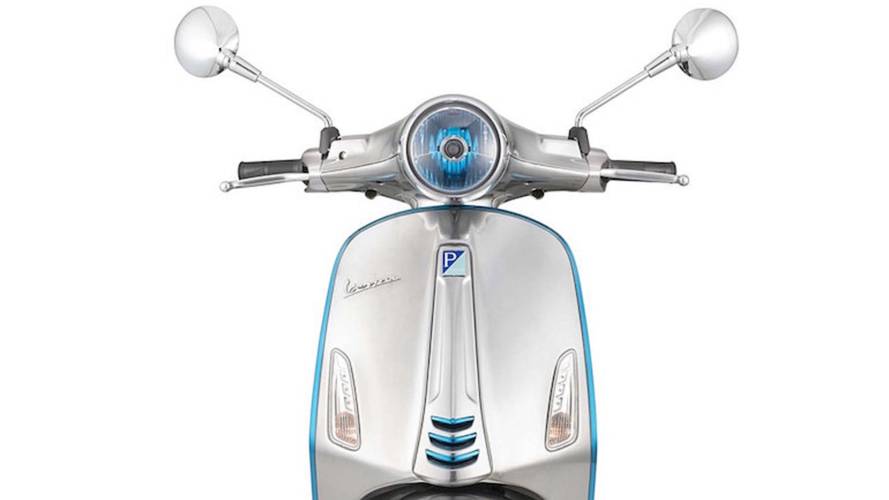 Piaggio jumps into the EV scene with a killer electric Vespa.

It was only a mater of time before the world’s most iconic scooter company introduced a fully-electric model. Scooters embody economic personal urban transportation, and an electric powertrain takes that one step further. Instead of just releasing an electric model though, the folks at the Piaggio Group have used new battery-powered technology to ultimately deliver a better scooter. The Elettrica marks one of Piaggio’s first steps into an increasingly sustainable lineup of silent, battery-powered two-wheelers.

At the heart of the newly unveiled Elettrica is a power unit capable of making a continuous power of 2kW as well as a peak power of 4kW with a maximum range of 100km (62 miles). Power comes from a lithium ion battery and Vespa’s new Kinetic Energy Recovery System (or KERS) which charges while decelerating. The full charge time is reportedly four hours, and the battery is said to be good for a cool 1,000 full charging cycles which translates to about 30,000-45,000 miles. That's equivalent to an average of a decade of regular urban use. Two riding modes, ECO and Power, allow a rider to tailor power delivery and consumption to their current riding conditions. There is also a reverse mode for easier parking.

The Elettrica has also been outfitted with a myriad of trick high-tech bells and whistles such as a remote-control key, adjustable 4.3” full-color TFT display, USB charging port, and full LED lighting. As a thoroughly modern machine, it also features bluetooth connectivity that allows riders to answer calls, view texts, GPS, etc., thanks to the Vespa Elettrica App and handlebar mounted joystick. In addition to the rollout of the App, Vespa is launching several supplementary offerings, such as the Vespa Elettrica hi-tech Jet helmet (which comes in the same colors as the scooter itself), and an LED backlit backpack that features a power bank and removable back-protector. There will also be an array of factory add-ons and options such as an electronic alarm, wheel-lock, and saddle-cover.

The Piaggio Group has also released details on the “X Version” of the Elettrica which boasts a range of 125-miles thanks to a “petrol driven” generator and a three-liter fuel-cell. Said generator kicks in once the battery – which is smaller on the X Version – falls below a certain level.

This all sounds pretty cool to us. With all the great electric motorcycles coming out, it's about time Vespa gave its customers their own future tech machines.