The Race Of Gentlemen - A Living History Event 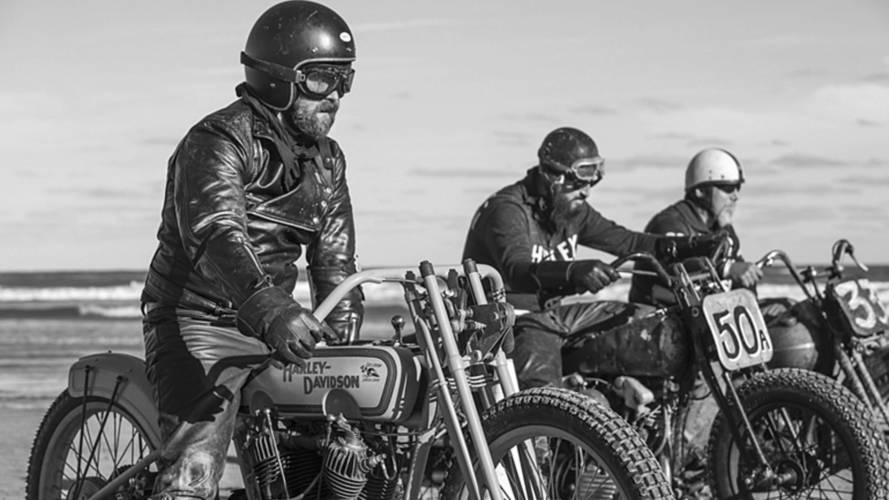 The Race of Gentlemen brings its unique flavor of vehicular mayhem to New Jersey.

The Race Of Gentlemen, or TROG, is an increasingly popular annual race event wherein gearheads gather on local beaches to pit American cars and bikes from the first sixty years of the 20th century against one another in drag-style races.

Every year this iconic event grows in size, and more and more intrigued newcomers attend. Some returning competitors covet their tuning techniques and keep this valuable information to themselves. Having said that the competition is far from cutthroat with everyone essentially there to have a good time. A friend of mine who competed on an old knucklehead described TROG as the most fun he's ever had on a motorcycle and he lost every race he entered.

According to TROG rules, the bikes competing must be bobbed and stripped down for racing, but anyone with the appropriate machinery can enter. There are a lot of rules to maintain the integrity of the event with things like no nylon zip ties (only period-correct fasteners), no late model carbs, no headlights or full fenders, etc.

Adding to the cool-factor of the mainly post WW2-era machines is that the organizers go to some pretty impressive lengths to ensure that all "the structures, banners, signage, etc (are) just right to emulate beach racing from the late 1940’s / early 50’s." Organizers describe the event as, "A living history event, celebrating America's Racing and Hot Rodding heritage." I think it's a pretty apt description of what TROG entails.

Riders make their way through the impromptu pits before lining up. Naturally a guy in a tuxedo coordinates the effort, figuring out who'll be going next. From there the racers get into position when it's their turn. Engines are revved until the flag is waved at which point the competitors dump their clutches and take off down the beach.

Jennifer Sheets (left) and Crystal Geisey queue up for a run.

Getting a good start on a modern machine with premium tires on a paved surface is challenging and requires a lot of fine clutch feathering, but TROG takes this to a new level with 70-year-old+ machines attempting to gain traction on sand. Even if you don't have a set of wheels to compete with yourself, attending TROG is a pretty awesome experience and exploring the pits seems like an event in and of itself.

In addition to the array of classic machinery that can be found at TROG, racers also suit up in mostly period-correct attire. This means you see a lot of leather helmets, old grease monkey coveralls, and what I guess I'll call "riding sweaters" from early racing days.

There are countless different non-pro race events held every year, but TROG really does stand out as something genuinely special. The hard work of the organizers has resulted in an event that's as fun as it is unique and after all, that's what motorcycles should be all about if you ask me.