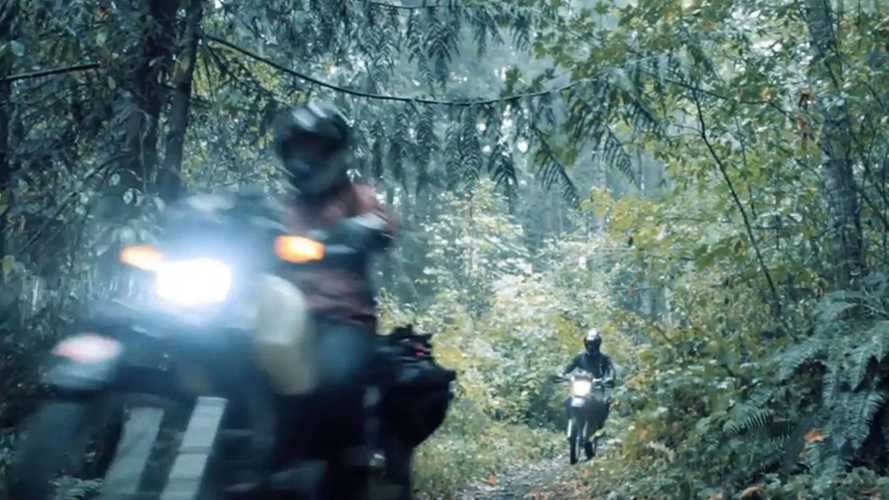 Our friends Kyra and Justin ride trails and get in a fist fight with Big Foot in the award winning sci-fi short K.O.

Bikes, beers, and Big Foot. What's not to love?

Last Halloween, WESTx1000 joined film producer Ron Sacdalan deep in the woods of Washington’s Olympic Peninsula to sit by a camp fire, ride dual-sports, and search for Big Foot. What they found was weirder and more dangerous than they could have imagined.

With the help of Tracy Sacdalan, Andy Audette, Jasmine Yockey, and several musical guests, the crew took Ron’s sci-fi brainchild and created a fantastic backwoods motorcycle thriller called K.O. Kyra was repeatedly dragged through the woods for that perfect shot, and Justin saved the day by going mano a mano with Big Foot himself. Autumn took its toll on the team as they rode through windy single-track, filmed in torrential downpours, but they got their shots and accomplished it all on a shoestring budget! The movie has monsters, aliens, chills, thrills, spills, and motorbikes. What else do you need?

Check out K.O. in all its weird and wonderful glory below. It's well worth your time.