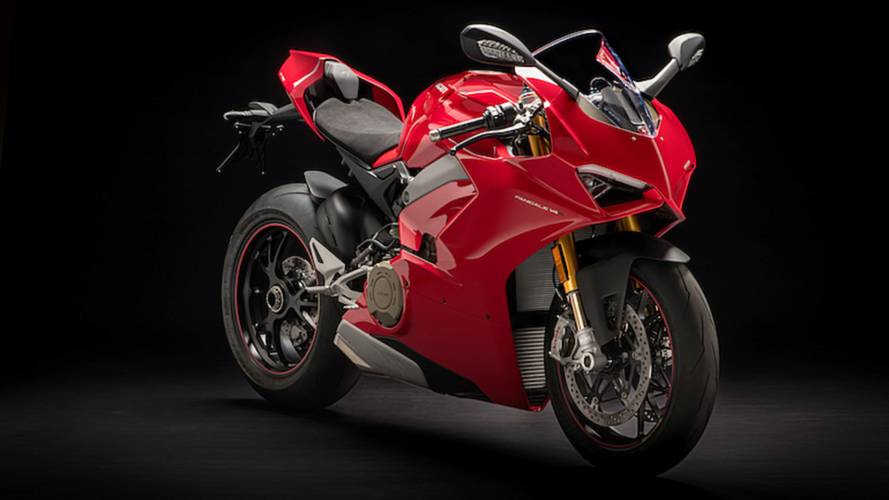 Despite some seriously strong competition at EICMA this year, Ducati’s V4 S wins the popular vote for “Queen of Show”.

2017 marked the 75th anniversary of the EICMA show in Milan, Italy. For the past 13 of those years, Italian magazine Motociclismo  has organized a public vote on the “Most Beautiful Bike of Show”. During those 13-years, Ducati has managed to win “Most Beautiful” – also known as “Queen of Show” – a record nine times. Some will chalk this up to Italian partisanship, but it’s hard to look at Ducati’s newly unveiled flagship superbike and not see an achingly beautiful machine.

READ MORE: Check Out All of RideApart's EICMA 2017 Coverage | RideApart

This year dozens of truly stellar motorcycles were unveiled at EICMA, making Ducati’s victory that much more noteworthy. Despite some stiff completion, the Panigale V4 S won the vote by a landslide, receiving more than 60-percent of the total votes cast. That translates to more than 16,000 voters selecting Ducati’s new V4. Throughout its history, Ducati earned a reputation for designing some of the best looking bikes in existence, and the company continues to set an increasingly high bar model after model. The V4 S managed to beat out MV Agusta’s Dragster 800RR which took second place, and Honda’s CB1000R which took third.

What surprises me about this is the fact the new V4 is pretty much – at least from a visual perspective – just a 1299 Panigale with a face-lift. Admittedly, all of Ducati’s Panigale bikes are gorgeous machines, but the recent “Queen of Show” award definitely speaks to just how sexy and thoroughly appreciated these Italian two-wheelers truly are. On Sunday as EICMA came to a close, the Senior Designer of the Ducati Center and Panigale V4 Project, Julien Clement, was chosen to accept the prestigious award on behalf of the company.

Many voters were likely swayed by the performance capabilities of Ducati’s new V4 S as much as its looks, as 226 horsepower is hard to ignore. It makes sense that this year’s voters considered both form and function when making their respective decisions. Even when you take partisanship, national pride, or nepotism into account, it’s hard to argue that the Ducati V4 S wasn’t deserving of “Queen of show”, or at the very least, deserving of being one of the front-runners.