Hero's Ride of a Lifetime Selectees Announced for Sturgis 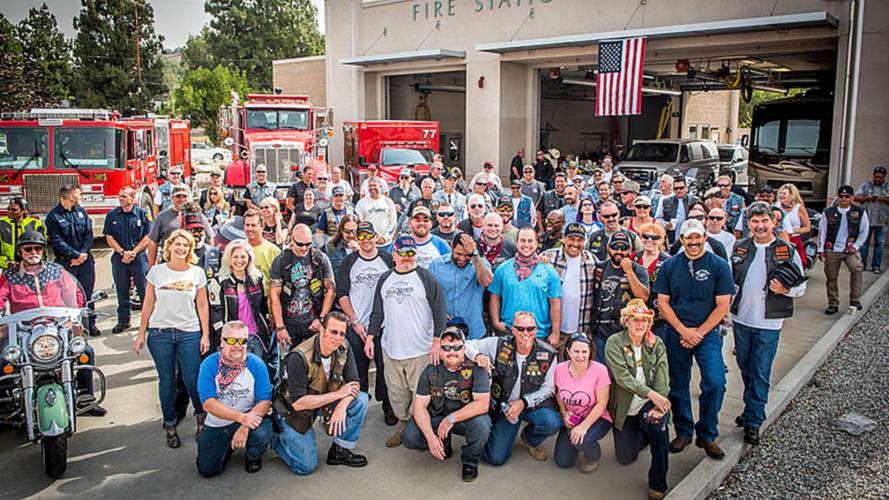 Indian Motorcycle and the Veterans Charity Ride to Sturgis have named Corporals Joshua Stein and Neil Frustaglia, both of whom lost both legs above the knees during combat operations in Iraq, for the motorcycle therapy adventure this month. The former Army and Marine vets were chosen from a national nominating program for deserving veterans. The Veterans Charity Ride was developed by former Army paratrooper Dave Frey and director Robert Manciero of Full Vision Productions.

“We’re extremely excited for this year’s ride to Sturgis. We have a great group of veterans joining us, and each and every year is special in its own right,” said Dave Frey, former U.S. Army paratrooper and founder of VCRS. “Our Hero’s Ride of a Lifetime selectees, Josh and Neil, know a thing or two about resiliency. It’ll be incredible to witness two above-the-knee bi-lateral amputees push and motivate one another half way across the country as they trade off riding an Indian Scout Avenger Sidecar. That indomitable spirit and nature will be powerful for our entire group of veterans.”

The pair will pilot a custom bike with modifications made by John Meade, owner of Azzkikr Custom Baggers, and his veteran employees in Phoenix, AZ. The bike, an Indian Scout Sidecar rig, will be outfitted with a Rekluse Clutch, which eliminates the need use the clutch for shifting, a hand shift mechanism, and a rear brake system adapted to a hand brake on the left handlebar. The Scout will be complete with a custom Corbin seat to provide extra comfort and seating area for the long journey.

“The Veterans Charity Ride to Sturgis will depart from Los Angeles on July 28, on Indian motorcycles and Champion Sidecars. The therapeutic adventure provides participating veterans the opportunity to work toward overcoming their post-war challenges while out on the open road. Riding through the most scenic back roads of the western United States, veterans will not only experience the great outdoors and the beauty this country has to offer, but also make stops to meet with other veterans, supporters, riders, and participate in various adjacent adventures. Upon arrival in Sturgis on August 5, the group will be treated to a special “Heroes Welcome” before taking part in a week of activities that further solidify the brotherhood and sisterhood formed during the ride,” said a press release put out by Indian.

Following a long recovery period from his injuries, Josh Stein enrolled at the Motorcycle Mechanics Institute in Phoenix, Arizona, where he is scheduled to graduate today. After 24 surgeries, Neil Frustaglia went back to school and graduated from Arizona State University in 2016 with a Bachelor’s Degree in Communications.