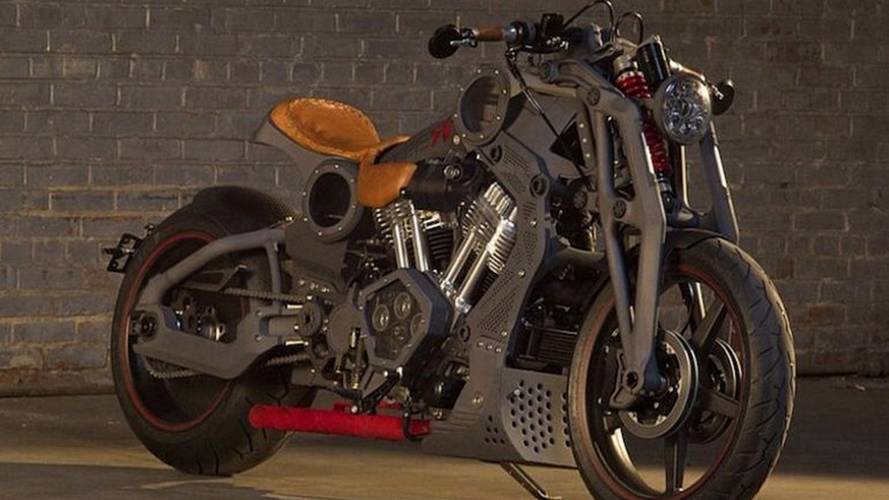 Confederate Motorcycles changed its name, went electric, and was reborn as the Curtiss Motorcycle Company.

Remember Confederate Motorcycles? Back in September, we wrote about how – presumably following the Commemorative Air Force's lead – the company decided that being associated with the Confederate States of America in the year of our lord 2017 was a bad look. So, in an effort to polish up their image and sell bikes to a younger demographic, the company made a radical decision – it changed its name and went electric.

According to Business Wire, The brand new Curtiss Motorcycle Company (née Confederate Motorcycles) is set to begin operations on May 5, 2018. Named for one of the greatest badasses of the twentieth century – the legendary airman, aircraft builder, and one-time "fastest man in the world" Glenn Curtiss – the company plans to produce electric motorcycles in partnership with Zero. Why Curtiss? Well, before he made his name with aircraft engines, Curtiss was a serious business motorcycle builder and the first American to put a v-twin in a motorcycle. Since Confederate was a company that made its fortune on badassery and v-twin motorcycles, what better way to pay homage to Curtiss than by naming their new company after them.

"Seven years ago, in our twentieth year, we began research and development of our fifth generation architecture," said a company spokesperson. "We knew we were at a turning point; we had maxed out Glenn's invention. It was time to apply our years of design experience and earned wisdom with the best innovation and technology, just like Mr. Curtiss would do, were he leading us today. We branded the project Curtiss. Over these past seven years, the view from standing on the shoulders of this giant shifted our business model and strategy on its axis. Curtiss illuminated, informed, and clarified a new mission; sustainable, scalable, ageless, timeless, fun motorcycle relevance."

That's a convoluted, PR-speak way of saying, "Electric motorcycles are the future and we want to be part of that future. Also, Glenn Curtiss was awesome." Honestly, I can't argue with any of those statements. Curtiss' first bike will be the Hercules, named for the famous Curtiss Hercules released in the early 1900s. We know very little about the bike aside from its name, but the company did have a lot to say about it in a recent press release.

"Curtiss will deploy a modular architectural system, the design upon which numerous patents have been filed, as the optimal foundation for an all-new Twin-Engine powertrain supplied by the new world-leader in motorcycle torque production, Zero. The all-new powertrain packages in a classical proportion, lower, narrower, and with superior weight management than any other. The geometry and ergonomics are classic as well, empowering the rider with effortless control, speed, handling, and comfort. Curtiss suspension is all-new and state-of-the-art. A breakthrough in transparency, accuracy, and quality of information between the tarmac and the Curtiss rider is promised. Whole new levels of safety have been designed into Curtiss, which has the goal of being the world leader in this key aspect."

READ MORE: Take an Inside Tour of Confederate Motorcycles

That sounds pretty vague, but also pretty awesome. I'll admit, I'm pretty excited to see what Curtiss has in store for us. Not because I'm a big fan of Confederate – I'm not – but because I'm a big fan of cool new electric motorcycles. Who knows? Maybe if the Hercules sells well enough it'll light a fire under Harley and we'll see the LiveWire on the street sooner rather than later.