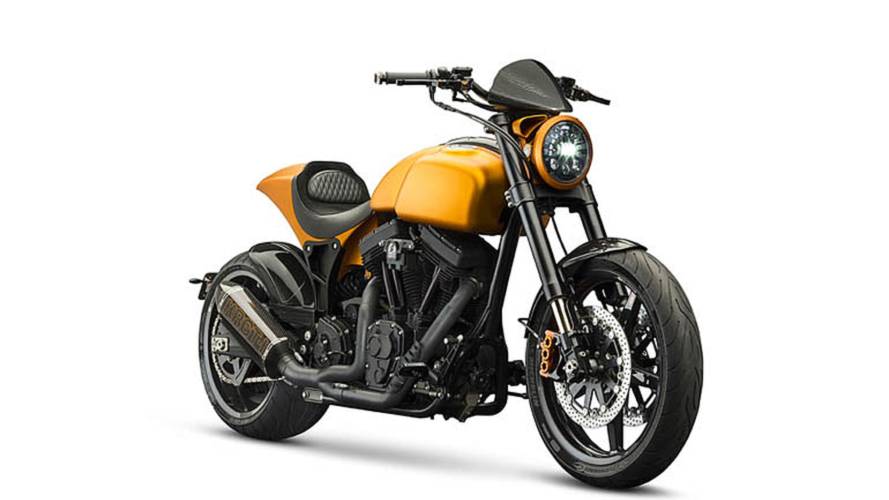 Arch Motorcycles will, for the first time, sell Suter's MMX500 in North America while Europe gets the KR GT1 thanks to the two companies new partnership.

Suter’s MMX 500 is one of the coolest track weapons on the planet, but the incredible race-only motorcycle has been unavailable in the Untied States until now with the formation of Suter North America. Suter NA was recently formed by Arch – a small bike manufacturer owned in part by known motorcycle aficionado, actor, and all around cool guy Keanu Reeves – and Suter  Industries to sell the elite track machine in the United States and Canada.

Thanks to the Arch/Suter team-up, Arch Motorcycle’s KR GT1 sport-oriented cruiser will be sold across the pond in Europe thanks to Suter’s selling infrastructure. Both the KR GT1 and the MMX 500 are exclusive, elite offerings that don’t come cheap. They attract the same certain type of buyer who is passionate about riding and has pockets deep enough to bankroll high-dollar luxury purchases like this.

The prestigious European-built MMX 500 is truly a remarkable machine that harkens back to the glory days of 500cc two-stroke GP racing. Powered by a fuel-injected, two-stroke, 195 horse power 500cc V4, the MMX weighs just under 300 pounds and is extremely fast. Wrapped around the engine is a CNC-machined aluminum twin-spar frame with multi-adjustable steering, wheelbase, height, and riding position. The swingarm is also an aluminum CNC-machined component that can be adjusted, and the bike comes with choice of aluminum or magnesium OZ rims. The MMX 500 is also fitted with top-of-the-line Brembo brakes and full Öhlins suspension. Keeping the machine’s weight down is a carbon fiber tank and full carbon fiber bodywork. This ridiculously cool racer has a top speed of over 190 miles per hour, but with less than 100 units produced and a price tag of $132,174 (or £102,397), very few riders will have the privilege of piloting these exclusive feats of engineering.

Unlike Arch, which is a relatively new company, Suter has ample experience producing some of the world’s finest race engines, components, and even complete machines for world class competition. The company is responsible for building several 250cc Moto3 machines around Honda-built engines, and they’ve partnered with Mahindra to deliver Moto3 racers. When Moto2 underwent a rule change resulting in the current Moto2 regulations and engine type, Suter’s MMX2 dominated, and to this day still competes in the second highest level of motorcycle road-racing on earth. Suter Industries also produces some of the finest components for production bikes as well, especially their transmissions.

Along with Reeves, Arch is led by Gard Hollinger, a well known name in the motorcycle community. Together they have delivered one seriously impressive, high-performance, American-built, sport-oriented cruiser in the KRGT-1. The heart of this $80,000 machine is a 2032cc S&S V-twin that puts down 122ft/lbs of torque and somewhere between 121.5hp and 122hp. The American-made KR GT1’s dry weight of only 538lbs is beyond impressive when you take its massive engine into account, and it comes standard with full Öhlins suspension, ISR brakes, and BST ultralight carbon fiber wheels.

KRGT-1s in their natural habitat

Though I’m not much of a cruiser person, I still like Arch’s debut two-wheeler. I see the KR GT1 as more of a custom made machine that has just been built repeatedly by the same people rather than as a production offering, despite it being one. Elements - as high end as they may be - that are available to the public are found on the KR GT1 such as Motogadget’s Motoscope pro digital instrumentation and bar-end signals, along with LED headlights that look a lot like something J.W. Speaker would produce than stock parts, all make the bike have more of a custom feel.

Partnerships like this one between Suter Industries and Arch Motorcycles should ultimately be beneficial to the motorcycling world as a whole. When companies are selling bikes and doing well, riders get to reap the rewards of millions of dollars in research and development, and companies are more willing to take chances and try novel ideas that at times result in greatness. So when companies can find ways to put together a symbiotic arrangement and can work together in synergy instead of competing against each other, everybody seemingly wins.

And, uh, just so you guys know, I'm currently accepting MMX 500 donations for a series of articles I’d like to do about longterm ownership that she be pretty riveting and illuminating.