House of Machines Partners with BMW for New L.A. Location 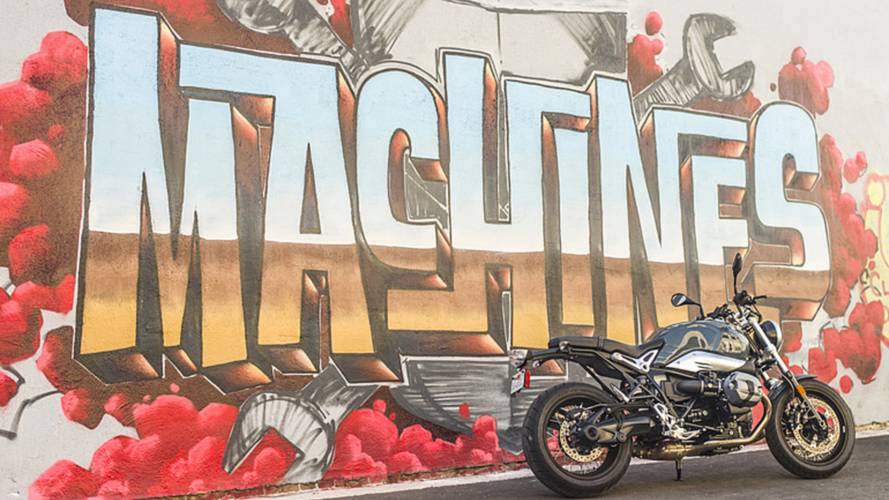 Jessie headed over to the new House of Machines in downtown L.A. for a BMW launch and brought us back a report.

Bike makers all over the world are asking themselves the same question, "How do we get young people into motorcycling?" BMW, a marque that's about as far removed from youth culture as can be, is no exception. A few years ago the company rolled out the R nine-T in an attempt to attract younger riders. Since then, the R nine-T gave birth to a whole line of "heritage sport" bikes and proved quite popular with its retro styled looks and ease of customization. Now, BMW has joined forces with The House of Machines to take another crack at the youth market by opening The House of Machines Los Angeles.

The House of Machines Los Angeles aims to be a hub for motorcyclists featuring food, beer, cocktails, coffee, and live music. This is the third House of Machines location – the others are in South Africa and Japan – and the first one in the Western Hemisphere. The space is beautiful and loft-like with high ceilings, exposed brick walls, and an over-sized photo studio in the back room hidden behind a sliding door. On one side is a bar with fancy coffee machines and beer taps. On the opposite side there is a shop with toolboxes, some heavy machinery, and motorcycle lifts. Scattered in the middle is some beautiful Danish modern furniture and two single racks of clothing that are rigged up on lifts so they can elevate them out of reach for parties. From what I saw there wasn’t anything in the way of women’s motorcycle gear, and only a couple men’s jackets with a vintage vibe. None of the shirts were anything I was aching to own, but they were cool and I hadn’t seen them before.

Hung from the ceiling are two long rows of motorcycle helmets which really punctuates that this is a “biker spot”. In my mind, the helmets served more to punctuate the fact that this was a spot manufactured to look more authentic than it actually was. This was really driven home by the fact that each suspended helmet was a brand new, straight out of the box Biltwell rather than an old, beat up helmet from the 60s or 70s. It was a cool look, but in my mind this type of space should have some artist commissioned helmets or something less brand new and out of the box.

While the ambiance may have been a bit forced, the food and drink at The House of Machines was the real deal. The menu has a strong northern Italian influence, and was laid out by Chef Bruce Kalman, a former winner of Food Network's "Chopped". They also brew Evil-Twin Espresso, which is one of my favorites. I rode to the event so I only enjoyed the lightest beer they had to offer, which was a lime pilsner from a brewery I can't recall. It was delicious, and a bit like a shandy. When I asked for the cocktail list, drink manager Amanda Colom listed off about 6 drinks that all sounded very complicated and exciting, but were a bit too high octane for me since I was riding.

BMW held a press event during the afternoon, and a full blown launch party in the evening. I saw a few friends and colleagues at the press event, but most of the journalists opted to attend the launch party later that evening. During the press event, I overheard a woman from BMW saying that the party was going to be somewhat of a “who’s who”, and when I arrived I noticed a lot of familiar faces. The general age and appearance of the attendees showed me that I was correct in my assumption about BMW's goals. I talked to a couple friends who weren’t much older than I who said that the space made them feel old. One friend said he felt old because they had done such a great job of recreating something from his youth, the other said that the crowd was just far younger than he expected.

It will be interesting to see if BMW's target demographic will be able to support this place. Regardless of who attended the launch party, I can see it being quite popular in Los Angeles with a wide array of motorcyclists. Especially considering the popularity of other motorcycle related food and coffee spots that have far less to offer and aren't so centrally located. Downtown Los Angeles is rapidly changing, especially in the Art’s District, and it seems like THOM has chosen a great moment to make its presence there.