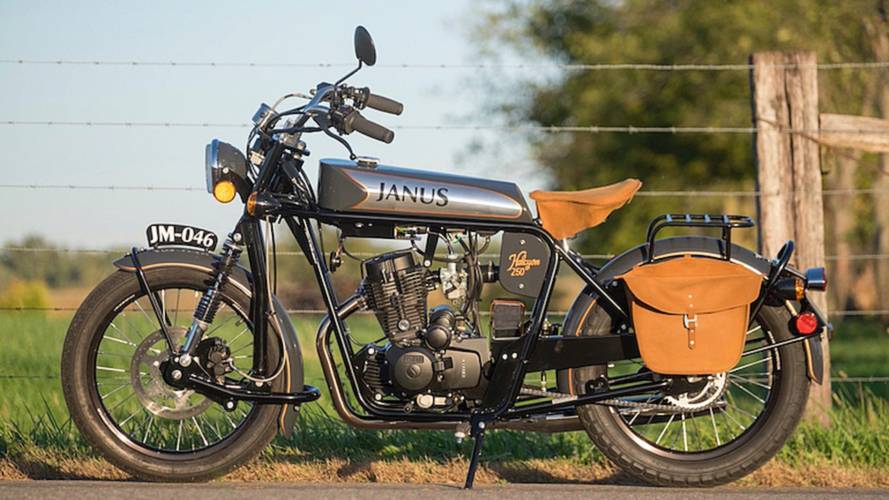 Google produced a video focused on Janus Motorcycles, a small start-up in Goshen, Indiana, and its community roots.

Google was looking around for small companies to feature in their “Grow With Google” campaign, and came across Janus Motorcycles in Goshen, Indiana. The resulting video provides a capsule history of founders Richard Worsham and Devin Biek, and their use of the internet to sell motorcycles.

Janus, “an American manufacturer of hand-made, small-displacement bikes that harken back to iconic eras of motorcycling history,” has seven employees working in a 1,500- square foot building that was formerly a dry cleaning business. They hope to reach a total production of 90 motorcycles this year, which would double their output for 2016. According to a story in the South Bend Tribune, the company plans to increase that number pending final emissions approval from the Environmental Protection Agency.

The Google-produced YouTube video traces the story of the founders’ collaboration, and how they came to source motorcycle components from small shops in their immediate area. While Worsham and Biek do depend on local craftsmen for parts and finishing work, they did learn a lot from YouTube videos and use digital tools to market their machines.

A team from Google and Moxie Productions spent a week in and around Goshen, and was assisted by Janus’s video producer Jordan Swarztendruber. The 3 ½ minute video was essentially a condensed version of a longer documentary he had done earlier. The production crew shot plenty of footage and spent time with the Janus team at the shop and in local restaurants and bars.

“I think they were quite entertained with Goshen,” said Google marketing director Grant Longenbaugh.

Richard Worsham felt the video was largely about the town as well as the Janus story.

“I feel like it’s a story about Goshen,” he said. “Or the fact that this is a place we can do this. We want to be a brand people recognize. Google is part of that. I think it’s bigger than we realize.”