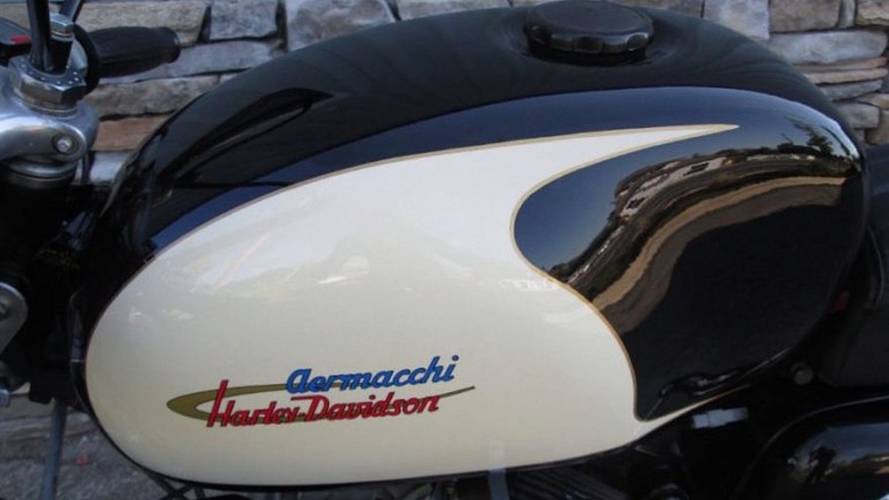 Top 5 Bike-uriosities – Week of 8/22At Bike-urious, we’re spending all of our time finding the most interesting motorcycles that are currently for...

At Bike-urious, we’re spending all of our time finding the most interesting motorcycles that are currently for sale for you to drool over (and maybe empty your wallet for). So let’s take a look at our five favorite offerings from this week:

In 1981, Ducati introduced the legendary 600TT2 factory racer. It was an instant success, and Ducati offered examples to the public in '82 and '83. They were impressively similar to the four-time World TT2 championship winning-bike piloted by Tony Rutter, and are truly a landmark bike in the illustrious history of the Italian firm. It's hard enough to find one for sale in general, but here's one that's never been started or ridden before!

The seller of this bike (Jeff Nash, champion racer and owner of AMS Ducati) says that this is #29 of 30 TT2s, but I've seen other production numbers quoted. For example, Ian Falloon (in his new "The Complete Book of Ducati Motorcycles: Every Model Since 1946" says that 20 were built in 1982, and 30 were built in 1983. Either way, this is a rare bike, especially in this condition.

Yamaha's GTS1000 is already a very interesting bike thanks to the James Parker-designed RADD front suspension. But this example is officially the coolest GTS I've ever seen, thanks to a rear wheel conversion to the single sided swing arm from a 3rd generation Honda VFR!

The GTS was truly ahead of its time, but the $13,000 price tag required to support technology like anti-lock brakes, fuel injection, and that crazy front end was too much for American consumers. This bike gives you all the fun of a rare, quirky bike, but without the support-related drawbacks. You can use it every day, and that's one of the reasons why Bike magazine called it the 'coolest of rare motorcycles' ever made.

This example is even cooler thanks to the SSSA in the back, though it's also got several other solid modifications: Ohlins remote reservoir rear shock, Corbin leather seat, Lockhart Phillips tinted touring windshield, a Throttlemeister cruise control... and a Marvin the Martian sticker, if you're into that.

In addition, the seller has an impressive list of spare parts: the OEM rear wheel and other parts that were removed for the conversion, two sets of OEM Krauser luggage (one narrow, one wide), OEM camshaft, OEM headlight, three spare shocks (OEM, Works Performance, and another Ohlins unit). The list goes on.

The bike has 77,000 miles and it got the rear wheel conversion back in 1995. Note that a few years ago a previous owner put the Ohlins on the rear and lowered the bike "introducing a faint headshake." When the current seller acquired it, he restored the stock ride height with custom dog bones and he says that it has restored the bike's stability. Weirdly, he says that "all that's need is minor tuning at this point," so you'll want to clarify exactly what that means. Still, this is a trick example of one of Yamaha's most technologically advanced bike of the time.

Find this custom GTS for sale in San Rafael, California, with bidding up to $1,000 and the reserve not yet met here on eBay.

In their heyday (during the 90s), ATK was known for creating some of the best-handling dirt bikes a rider could get straight off the dealership floor. Their approach was simple - take a proven engine (in this case, a 600cc Rotax unit) and envelop it in an exotic, in-house built frame. Consider it the American enduro version of Bimota.

When these bikes were released, Motorcycle.com had the following to say:

"The ATK four strokes have the undisputed, trickest frame in the business...this cool asymmetric flying "V" chrome moly backbone is a feather weight that makes the engine a stressed member. When ATK builds these models, the frame is bolted onto the motor, rather than the motor being bolted into the frame. It's awesome...Quite frankly, ATK continues to amaze us with a world class product built here in the USA by a small cadre of dedicated motorcycle enthusiasts."

As a '95 model, this example combines several things ATK fans like – the last year of the full 'flex-free' frame along with the Talon hubs and Radialite sprockets that were introduced in 1995. The seller has had the bike since 2000. In 2003 he "tore it down to its smallest component," gave it a ground up restoration, then rode it for less than 10 hours. It has since been sitting in his heated shop, getting started once or twice a year, then having the gas drained out of it.

Someone needs to get this bike back out on the dirt! The seller includes a long list of what was done during the restoration, so find this ATK 605 for sale in Forrest, Illinois, with a BIN of $4,800 or best offer here on eBay.

The SRX600 is one of the defining examples of a cult classic in the United States. It sold poorly and was canned after a year in America (though it was successful in the Japanese market), but the few people that bought them here really fell in love.

The last time I featured one of these, reader yrrah shared a great article by Dean Adams, in which he calls the SRX "one of the finest singles of all time."

He also says: "Somebody, someday, is going to realize that the Japanese as a people are infinitely much cooler than Americans when it comes to niche motorcycles."

It's a great read.

This example has just 500 miles and it's claimed to be in very nice condition. Will it go into a collection or get some time on the road? Find this SRX for sale here on Craigslist for $4,100 in Denver, Colorado.

When a reader sent me this bike, he said "it has one of the most dramatic before/after pics you'll ever see," and suggested I feature it. He's right. Here's a fantastic custom based on a Sprint 350 back when Aermacchi and Harley-Davidson were in bed together.

For more on the base Sprint, which is how this bike started, check out this article on Motorcycle Classics. With that in mind, let's check out the "before" photo:

This bike (VIN: 6A10527H1) was given a frame up rebuild, since which it has been ridden 3,000 miles. The seller says the engine is fresh, as it has just 100 miles on it since a rebuild from Lancaster Sprints. The transmission has been upgraded with a 5-speed conversion and the engine has a later model head which gives a larger exhaust valve. The neigne has a 1mm larger piston and a mild street cam, combined with 12V electronic ignition and a 30mm Dell'Orto carb. Other modifications include a Ducati reproduction seat, Hagon rear shocks, and a powder-coated frame.

Things I'm not a fan of: the brake light only works off the front brake and the only speedo is an electronic aftermarket unit. Otherwise it's pretty fantastic.

Find this Aermacchi/HD for sale in Ashland, Oregon with a BIN of $6,000 (note that it was previously on eBay and bidding died out at $4,008) here on eBay.