Eight Skills to Work On as a New Rider 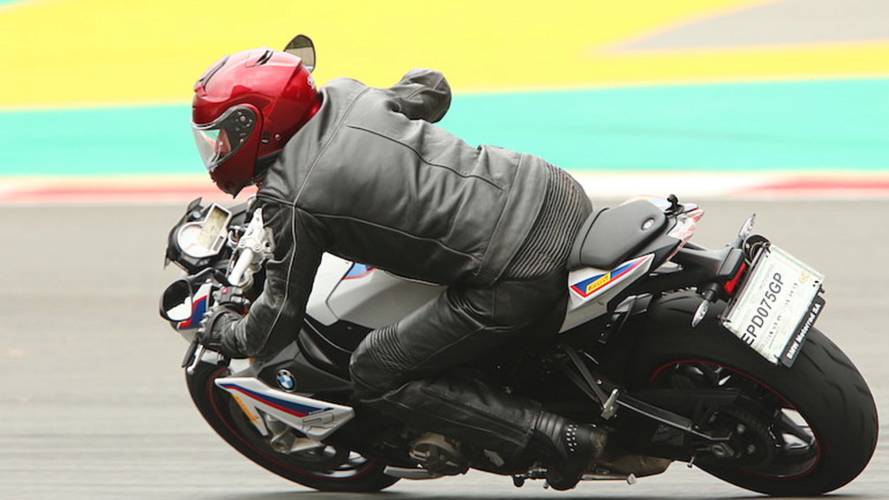 If you're new to riding there can be a lot to think about. Here are some key skills to focus on, including riding in the rain.

The weather here in my usually soggy corner of Her Majesty’s United Kingdom has been amazing lately; I hope it’s been good wherever you are and that you are making the most of every opportunity to get out and ride.

If you’re new to riding, that’s awesome. Hopefully you are loving it. Looking back on my own experience, I remember those early days, weeks, and months as pretty stressful. I enjoyed being out on the road, free to wander wherever I wanted even if I didn’t know where I wanted to go, but I often felt overwhelmed by my inexperience. If you’re feeling something similar, it’s good to give yourself a kind of task list—things to address and to work on—so the job of becoming a proficient rider doesn’t feel so overwhelming. I’ve put together a list of eight skills I feel are important to work on as a new or returning rider. Though, to be honest, they’re skills that riders of all levels should be working to keep sharp.

Even experienced riders need to work on their skills.

Riding a motorcycle requires a different and arguably higher level of concentration than driving a car, and using your brain can actually be pretty tiring. New or out-of-practice riders will find they lose concentration quickly. And that’s when you start doing dumb stuff. If you’re lucky, your lapses in concentration will only result in bad shifting or dropping your bike at a stop. If you’re unlucky, you might end up pulling one of those only-do-it-once mistakes (i.e, mistakes you won’t live through to do again).

But let’s not focus on the negative, let’s focus on focus. My advice is to structure lots of breaks into your ride. When plotting things out on Google Maps, look at the estimated journey time and double it. No, really—give yourself that time. And then actually use it; don’t shy away from hitting a planned stop even if you’re OK. I mean, hell, the worst case scenario there is that you end up getting to enjoy some tasty tea and cake, and you arrive at your destination alert and capable of doing more than just sitting there rubbing your face.

Equally, don’t feel that you have to achieve some sort of magic number in terms of how long you can stay on a bike for any given stretch. If you’re like me and literally half the population, you may suffer from some form of attention deficit disorder (is it really a disorder, though, if half the population has it?), so you’ll never really be able to match some of those hardcore Iron Butt guys. I’ve ridden thousands upon thousands of miles and I still prefer to break my riding into stretches of no more than 90 minutes.

Stopping is good, especially when frozen custard is involved.

This is kind of a no-brainer, but make sure you know the rules of the road. Being really familiar with highway laws, codes, statutes, and such will inherently help you navigate the world around you if not simply because you’ll be more confident in what you’re doing and how you’re doing it.

That said, don’t be surprised or upset if no one else seems to know the rules. And don’t be one of those asshats who tries to will everyone into doing things the “right” way. There’s a difference between what should be and what is. Yes, people should be indicating their turns, but most people don’t. Yelling at them—or worse yet, placing yourself in a situation where you’re all but guaranteed some kind of confrontation—is a waste of time and energy.

RELATED: What We Learned From Riding With British Police

To that end, learn to read the overall environment of where you’re riding. Start with the actual road, of course, try to observe how one condition leads to another (i.e., if there’s a corner at the bottom of a hill it’s a good bet that corner will have gravel in it), then begin to expand your observations to consider how environmental factors may affect your situation. For example, if it’s 5 pm on sunny Friday afternoon you can be pretty sure people aren’t paying much attention—they just want to get home. So, you need to adjust your riding accordingly.

Pay attention to the road and the road signs.

This one is so obvious I almost didn’t include it. Being able to stop is important, and being able to stop well is even more important. This means occasionally taking the time to practice emergency braking in parking lots, but also paying attention to how you’re braking in real-world situations.

Some of this blends into the above skill of road knowledge and awareness. How alert you are to your surroundings and the potential surprises they might throw at you will have an effect on how aggressively you need to apply the whoa.

Staying focused on the road ahead will help you avoid having to make emergency stops.

I’ve talked about this one before, but it really is important to be able to wheel your bike around in a reasonable amount of space. To a broader extent, being able to do U-turns is an extension of your skill and comfort with maneuvering a bike. If you can change direction within a 24-foot (7.5-meter) space (the space allotted in the UK’s Mod 1 riding exam) with relative ease, you’ll find it a hell of a lot easier to navigate parking lots and do things like lane split.

You don’t want to be that guy who can’t control his bike. It’s not a good look.

READ MORE: How to Ride in the Rain

From a practical standpoint, it’s incredibly useful to have a good U-turn game when out touring because the odds are pretty high that you’re going to get lost and need to turn around at some point. You’ll get a lot less frustrated if turning around doesn’t require riding in the wrong direction until you find a nice, big parking lot in which to paddle around.

Even ginormous bikes can be maneuvered in relatively tight spaces, it just takes practice.

These two skills—quite literally—go hand in hand, and play into your ability to master all the other skills here. Learning the art of just enough clutch and just enough throttle is particularly important when it comes to slow-speed maneuvers—the aforementioned, U-turn, of course, but also in the simple act of making your way around in tight spaces. Additionally, you’ll find you use these skills A LOT if you decide to try riding off road.

Getting the clutch/throttle dance right is equally important for smooth shifting. At some point down the road, you may want to expose a passenger to the joys of riding. Being able to do so without the great crashing of helmets that comes from sloppy gear changes will go a long way toward encouraging said passenger to join you on future adventures.

Beyond the trick of balancing it with clutch use, quality throttle control is important when it comes to riding corners smoothly, you want to maintain a gentle amount of power all the way through. This can be pretty tricky, even for folks who have done a fair bit of riding, so don’t get discouraged. I still find myself trying to improve every time I head out.

The art of downshifting involves getting your clutch and throttle right, as well as your revs so you can quickly drop down a gear when riding enthusiastically. It’s an important skill to have because keeping a bike in its powerband sweet spot helps you maintain control on curvy roads.

The presence of slipper clutches on even “affordable” bikes like the Suzuki V-Strom 1000 means that many people—I’m putting my hand up here—can forget how to do downshift well and get caught out when riding a bike that lacks the feature. It’s always a part of the learning curve when I first hop on a Harley that I accidentally make the rear tire chirp. It’s embarrassing, but also potentially dangerous. Having your back wheel come out from under you is definitely not something you want when hustling along a mountain road.

Riding in the Wet

Notice how each of the above skills tie in with the others? Getting one right lends itself to success with the other. And they all come into play when water starts falling from the sky.

Many riders—looking at you, Southern Californians—simply stay at home when there’s a threat of precipitation. I think this is a bad call. Not only will you miss out on adventures (I can’t tell you how many good days I’ve had that involved getting a little soggy en route to somewhere amazing), you’ll also be unprepared when the rain gods eventually catch you by surprise. Additionally, getting comfortable with your bike in the wet will make you an even better rider in the dry.

I’ve written before about how to ride in the rain, but the basic advice is to stay calm. Rain seems to initiate a kind of panic in all road users, even those who are nice and dry in their metal boxes. You need to be patient and alert to be able to deal with all the challenges around you, and getting worked up only saps your mental energy.

The fun doesn't have to stop just because the road is wet.

Riding in a Group

A lot of people also avoid riding in groups, but unlike my attitude toward riding in the rain I don’t fault them for doing so. By and large, I personally prefer not to ride in groups because they can have a negative effect on the quality of my riding. It’s easy to get lost in the mindset of blindly following the person in front of you; this is why you’ll often see videos of motorcyclists running into the back of each other. I’m happy to report I’ve never run into another bike but I will admit to having allowed my concentration slip, which makes for sloppy riding.

Another negative effect of group riding is that in some cases it can induce an overall negative mindset. A pack of riders may behave and interact with other road users in a dramatically different way than they might on their own—less friendly, less considerate—and that can ultimately have a negative effect on motorcycling as a whole.

But some people enjoy the camaraderie of riding with a group, or may want to take part in good causes like BarbersRide or the annual Distinguished Gentleman’s Ride. And I’ll admit that when things are going right—i.e., everyone’s on their best behavior—it can be a lot of fun to roll around in a big mass of two wheelers. You feel like you’re in a parade. And who doesn’t love a parade? In that case, it’s again a matter of applying all your skills—especially those related to focus and awareness. Remember to assess each situation for yourself. Sure, that truck may have stopped for 30 other guys, but will it stay stopped for you?