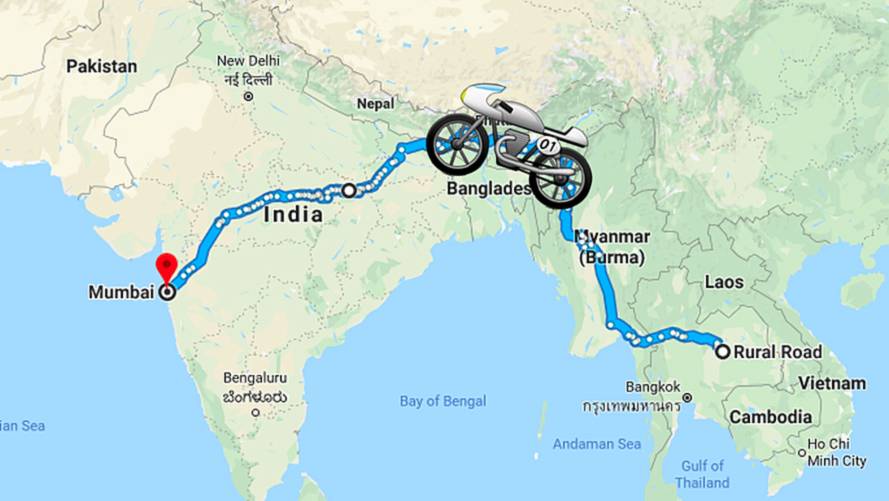 Going from point A to point Z on a bike is now easier than ever than to the motorcycle feature released on the Google Maps app.

Bike-friendly navigation being tested in some markets

Google Maps has become the traveling partner of anybody who has to get from point A to point Z and all the letters in between. Until now, the app has been providing efficient navigation for pedestrians, commuters, and drivers. Motorcycles were thrown into the bigger "motorized vehicle" category. The digital giant has now decided that riders deserved their own system.

You will now have a "motorcycle" option in Google Maps—at least if you are located somewhere in Eastern Asia. Google has released the bike-friendly option for the app in the fastest growing market for motorcycles. The features were initially developed in India and is now also available in countries including Indonesia, Malaysia, Myanmar, Hong Kong, Taiwan, Thailand, Vietnam, and the Philippines.

HE COULD USE THE NEW APP!: 22-Year-Old Sets Out to Ride Around the World

The feature will take into consideration the travel times by motorcycle are likely to be longer than by car (more stops, smaller displacements, etc.) Trips durations will be adapted accordingly which will eliminate the guess work. It will also show routes cars aren't allowed to travel on or, on the contrary, avoid roads that aren't motorcycle-friendly. The app will suggest the most efficient route to destination for a motorcycle as well as list the parking areas.

Since following a precise route can sometimes be tricky when you can't look at the map and have to rely only on audio instructions, the feature will also base more of its instructions on landmarks to help make navigation easier.

The company hasn't confirmed yet whether the option will launch globally. We could, however, expect to see it come to America considering Google Maps' counterpart Waze, has already stated that their motorcycle feature will be available worldwide. What a time to be alive!