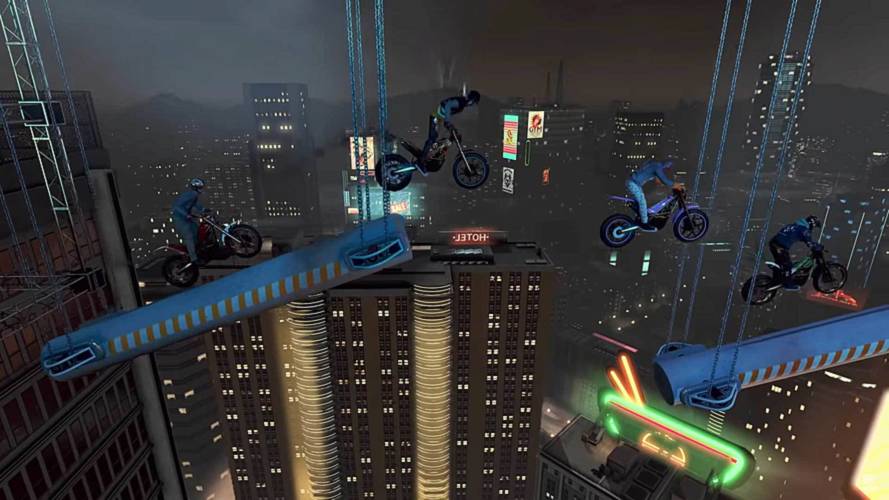 From a browser-based flash game to the most powerful consoles of the day, Trials has come a long way

Way, way back 2000, a tiny Finnish game studio called Punainen Ilves Laboratoriot Oy released a browser-based, platforming racing game called Trials. As the name suggests, the game was loosely based on actual Trials competition and featured a pretty decent physics engine that punished players as they made their way through more and more challenging obstacles. Throughout the intervening years, Punainen Ilves Laboratoriot Oy—now called RedLynx Oy and a subsidiary of Ubisoft—released numerous expansions and sequels for the popular series. In 2009, the company made the jump to consoles with the release of Trials HD for the Xbox 360. Now, for the first time since 2014, Trials returns with the fantastic-looking Trials Rising.

Announced at the 2018 Electronic Entertainment Expo (E3), Trials Rising is, much like its predecessors, as much about crashing and motorized mayhem as it is about legit racing. At Ubisoft's keynote on July 11, the company promised more action, more crashes, and more tracks than ever before. The expanded tracks will, according to Ubisoft, include places like Yellowstone National Park and the areas of Paris, France, right around the Eiffel Tower. There's also a track editor, which allows players to let their imaginations run wild building increasingly treacherous and hilarious tracks for themselves and their friends.

Along with the standard game modes, Rising features something called "Tandem Bike" which allows two players work together to navigate a single bike through the game's notoriously dangerous terrain. This feature, more than anything else, sounds like a recipe for broken controllers and shattered friendships. The game will also have a career mode in which the player can take their character from backyard competition all the way to big time sponsored professional competitions in massive stadiums.

CHECK OUT: The Crew 2 To Feature Harley-Davidson Street Glide

Of course, Trials Rising includes a robust customization suite with which players can create custom bike skins and rider outfits. These skins can then be shared by players through the game's online functionality.

Trials Rising launches in February of 2019 for the Nintendo Switch, PlayStation 4, the Xbox One, and  (for the real gamers) Steam/PC. Check out the E3 video below, and we'll see you on the track.