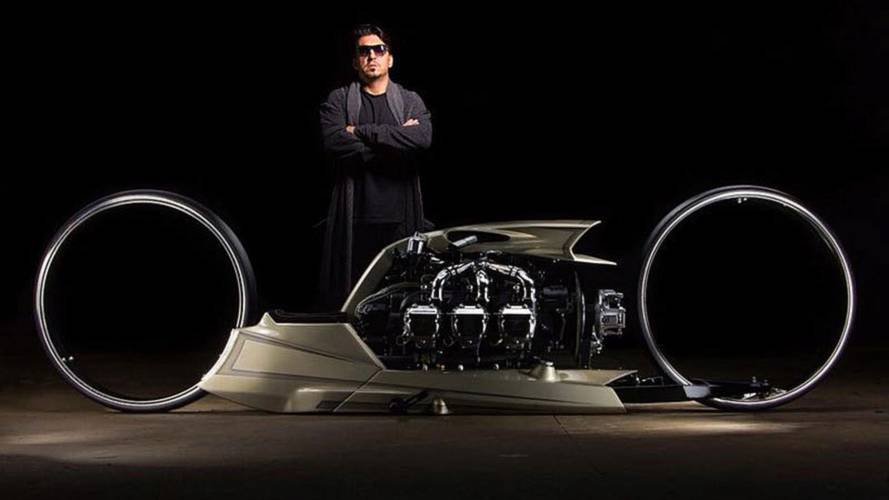 What has F1 driver Tarso Marquez been up to? He creates bikes and his latest creation lacks a few basic things but makes up for it with a monstrous engine.

If there is one absolute truth is that F1 drivers like to go fast. It's no wonder that once the spotlight turns to the latest sensation, some of these athletes turn to alternative thrill-packed ventures. For former Brazilian F1 racer Tarso Marquez, his own venture has led him to design and build a sci-fi worthy motorcycle concept, propelled by nothing less than an airplane engine.

What is that exactly?—is probably the first question you ask yourself when looking at the TMC Dumont Concept. A massive engine is sitting on a low-set platform with rim-less wheels at each extremity. This, dear readers, is a motorcycle.

Once a rider jumps in the saddle, the Dumont starts looking more and more like a motorcycle rather than pulley-system. Once the engine starts, you earn a new level of respect for the designer of such an unusual contraption. The bike worthy of the Predator is fitted with a 60s 300-hp Rolls-Royce Continental V6 engine. For comparison, this engine is usually found in certain Cessna airplanes.

You better hope for a flat surface and not too much turbulence—ground clearance is almost non-existent and the rider sits stressfully close to the back wheel. The concept was named after Brazilian aviation pioneer Alberto Santos-Dumont, a national hero for his important contribution to the development of airplanes. The Dumont won the title of "Best in Show" at the Daytona Bike Week back in March this year.

Though I have a hard time picturing the Dumont taking corners, it's hard to deny how badass it looks. Not everything had to be built with a purpose other than to be awesome.