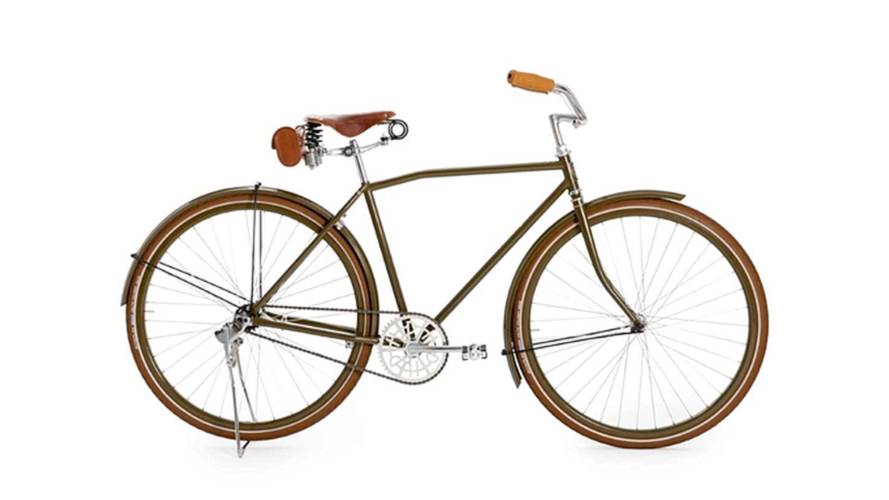 It's Harley-Davidson's 115th anniversary and the maker is celebrating with a trip down memory lane with a replica of their 1917 Model 7-17 Standard bicycle.

Who here would buy a 100-year-old Harley-Davidson for $4200? Wait, did I mention it doesn’t have an engine and comes with pedals instead? Still a priceless memorabilia piece to own if you ask me. Thanks to the Harley-Davidson Museum, one of the limited-production vintage bicycles could be yours—the ultimate H-D paraphernalia.

The legendary motorcycle maker is treating itself to a little celebration for its 115th anniversary. Except instead of a proper anniversary edition of one of their V-twin models, the company is taking a trip down memory lane with a bicycle.

Why a bicycle, you will ask? For a few short years, H-D produced not only motorcycles but also bikes. Between 1917 and 1922, the Motor Company designed bicycles that looked like its motorcycles to help initiate a younger audience to the pleasure of riding.

The Museum commissioned Chicago, Illinois', Heritage Bicycles to revive the 1917 Model 7-17 Standard and create a replica for modern days. The shop was tasked with replicating the original as closely as possible. The team updated the frame and made it slightly bigger so that adults can comfortably ride on it.

THIS H-D DOESN'T NEED ONE OF THOSE: How It Works: The Motorcycle Kickstarter

The paint scheme is the same olive-green as the original with hand-applied pinstripes. The front sprocket also sports the brand’s initials. No fancy gears or elaborate suspension and braking systems—this is pure 1917 technology.

Only ten of the hand-built bicycles will be made and they can be purchased via the Harley-Davidson Museum in Milwaukee and online. This bike is definitely a step up from your usual branded t-shirts and black-and-orange leather get up. Plus, it allows you to tell the tale of when Harley-Davidson became a bicycle brand.