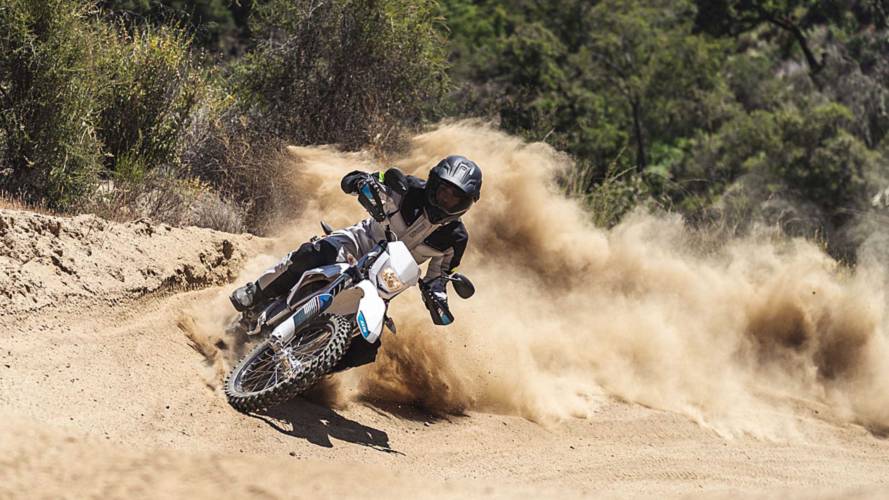 They did the thing!

Alta figured that the notoriously grueling Erzberg Rodeo would be a perfect debut for the new EXR,

For the off-road enthusiasts, little compares to taking a dirt bike out into the wild. At a time where fuel emissions are becoming a global concern, however, we try to find ways to enjoy the outdoors while reducing our impact on the environment. A lot of new companies are coming forward with their own idea on how to satisfy environment-friendly consciences while still enjoying all the pleasures of riding. Recently in Austria, Alta Motors snuck under the radar to introduce a new electric model and made history in the process.

At the beginning of the month, California-based Alta Motors became the first electric motorcycle maker to participate in Austria's Erzberg Rodeo enduro. In doing so, the company took advantage of the event to launch the 2019 Redshift EXR under the radar. The new model didn’t remain incognito very long, becoming the first electric motorcycle to ever qualify for the grueling enduro event.

Before tackling the Herzberg Rodeo, better give the Redshift EXR a try in Tillamook. Spoiler: it works.

If it enjoys playing in the dirt, the Redshift performs just as well on any road as a multi-terrain motorcycle. It is fitted with a headlight and license-plate mount which makes it street legal for when you need to get from one trail to the other. The EXR is powered by Alta’s new R5.8 Lithium-ion 350 V battery pack with a capacity of 5.8 kWh, capable of producing 50 hp and 42 lb-ft of torque. Charging is estimated to take between 1.5 and 3 hours depending on the type of charger used.

It also receives a set of front and rear Brembo brakes mounted on a 21-inch wheel at the front and an 18-inch wheel at the back. The frame is made from forged steel and aluminum, which makes the bike ultra-light, and weighs in at 273 lb. The maker also banks on the motorcycle’s silent powertrain to heighten the overall riding experience.

The race was meant to serve as a proof of the model’s off-road capability, however things didn't go as planned. Lyndon Poskitt's motorcycles, as well as a significant amount of equipment, was stolen from the team at a rest stop in the UK. This meant that riders Ty Tremaine and Poskitt had to share the two remaining EXRs, one of which was meant to be Tremaine's backup.

Despite a rocky start to their first-time attendance, the Alta Motors team qualified 43rd and 101th among 1,500 competitors on day one. Performances on the second day improved as Tremaine finished in 35th place, leaping his way up the rankings. Unfortunately, the promising rookie rider managed to make it into the top 20 on the last day but he got lost in the woods and failed to make it to the battery swap point ran out of power. This netted him a DNF.

THEY'RE NOT THE SAME, M'KAY?: Stop Comparing Electric Cars To Electric Motorcycles

Alta Motors' first time at the Erzberg Rodeo was eventful to say the least, but the bike's performance has shown great promise. We can only hope Alta will put all this experience to good use and finish what they started in next year's event. The Redshift EXR is expected in dealers very shortly, and pricing will start at $12,495.