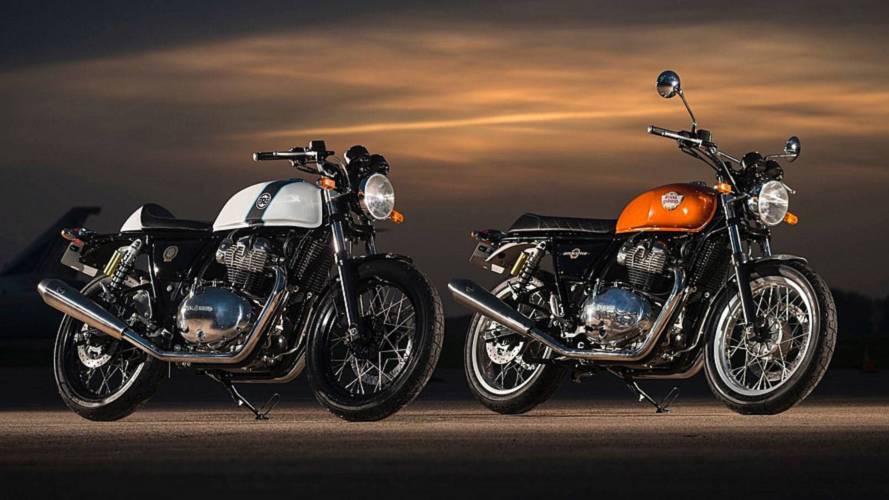 Royal Enfield introduced the all new Interceptor 650 and Continental GT 650 at EICMA 2017, but we will have to be patient to see them on the market.

Those who followed closely what was happening at EICMA will know what's cooking in the Royal Enfield kitchen, but it may be a while before dinner is served

The Milan Motorcycle Show is a toy store filled with the shiniest two-wheel toys there are. The Royal Enfield booth in particular got a few people excited with the introduction of two new models; the Interceptor 650 and Continental GT 650. We will, however, have to be patient to see the newcomers make it on the international market and wait a while longer for a proper introduction on their local market of India.

The Interceptor and the Continental GT turned a lot of heads in Milan, not only for their proper retro style—something the brand has built a reputation for—but also because of the new technology they introduced. Both models receive an all-new 650cc air-cooled parallel twin engine inspired by the brand’s 50s and 60s models. The Interceptor is even equipped with ABS and a slipper clutch.

The new powerplant and two new models are the results of joint efforts by Royal Enfield teams located in Lancashire, England, and Chennai, India. The new tech development center—located in the UK and opened in May 2017—has played a key role in expanding the brand outside of Indian borders.

CEO Siddhartha Lal explained in interviews that at 47 hp and 37 lb-ft of torque, the Interceptor and Continental are not meant to be rockets. Their purpose within the lineup revolves around fun, as reported by Cycle World.

Now that they got everyone salivating over the perspective of straddling one (or two) of these new bikes, the company announced that delays are now to be expected. According to CarToq, president of Royal Enfield Rudratej Singh confirmed that the new models were still in development.

This means that the launch will be postponed yet another few months on the international market, delaying the arrival of the models on their home market of India even further. The clock for the arrival of the Royal Enfield Interceptor 650 and Continental GT 650 has been set back a little, but they say patience is a virtue.

We'll let you know more as we get news.