Ducati Panigale V4 to Teach Safety in the UK 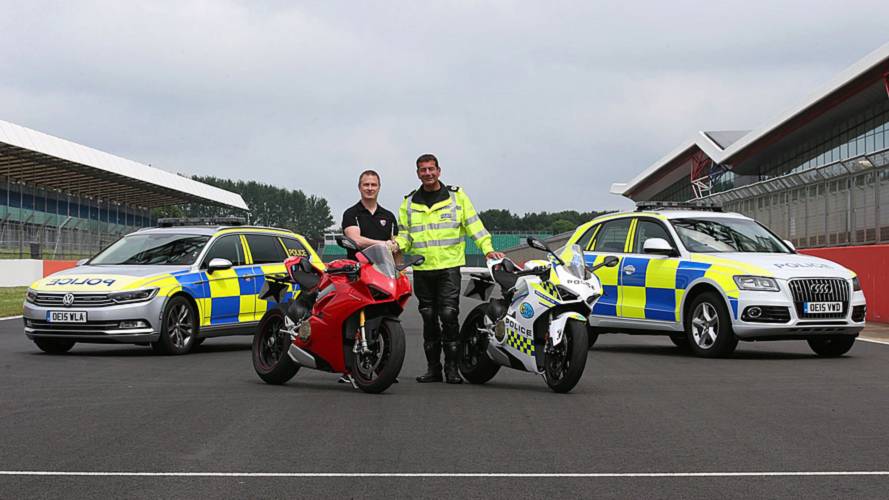 A motorcycle safety project is receiving quite the mascot.

BikeSafe—the UK Police Force's motorcycle safety program—invites all English men and women to learn road safety… with a Ducati Panigale V4. The Italian maker teamed up with the UK motorcycle safety training program to show their support for safer roads and safer riders, and it did so in a very particular way—by giving the BikeSafe one of the most powerful sportbikes in the world. The BikeSafe team met up with Ducati UK at one of their track days at the Silverstone Circuit, England, to receive the keys to a new—and very police-y-looking—Panigale V4.

The sportbike—clad in the service’s yellow and blue checkered livery—was loaned to the BikeSafe program not only to help promote safety on motorcycles, but also to show Ducati's support of their cause. The type of bike offered here might seem to defy the purpose, but the BikeSafe team hopes that having such a head turner as its “mascot” will attract people and open a conversation, which in turn will allow the officers to educate the audience.

Nick Adderley, Assistant chief constable for Staffordshire Police and National Lead for BikeSafe UK, told Motorcycle News that the team is delighted with the relationship they have with Ducati and that the V4 is an engagement opportunity with the public.

“The fact that we have a relationship with Ducati means that we have that engagement opportunity with bikers, because the V4 really peaks people’s interest," said Adderly. “They want to come over to us and enjoy the bike with us and it gives us the opportunity to really speak to them and educate them about safe riding."